Have You Thought About Drought?

What would you say if I told you that right now, the most drought-stricken state in the United States is Alaska? Or what if I said it was the northwestern part of Washington State? Well, despite the notion that these two areas are not known for drought, they’re each experiencing one. The fact is, drought doesn’t just happen in California and the arid west; in 2016 water-rich New England was in a drought as was Hawaii, and in 2015 it was Puerto Rico. 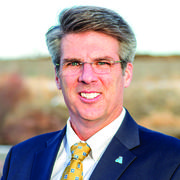 Fortunately, the people at the National Integrated Drought Information System (NIDIS) spend a great deal of time thinking about drought and its negative impacts on our natural environment, economy, and public health. NIDIS is part of the National Oceanic and Atmospheric Administration; its staff, business partners, experts, and volunteers pursue the goal of improving the management of drought-related risks by providing the best available information and tools to assess the potential impacts of drought and how to prepare for and mitigate its effects.

I have the privilege of volunteering as a member of the NIDIS Executive Committee. At the end of July, NIDIS held its second National Drought Forum in Washington, D.C. One thing became very clear to me at this forum: even if you think you know about drought, there is still more to learn.

For example, I know that nature can sneak up on you. But Mike Bawden, the mayor of Riverdale, Iowa, knows that more intensely. He was at the forum to talk about how his city, which borders the Mississippi River, was flooded by the Mississippi this past spring. The flooding had significant impact on the farming community of his city and, as if that was not enough, four weeks after the flood, Riverdale was in a drought.

Do you ever wonder why the weather app on your smartphone provides a forecast of no more than two weeks? Well, it’s because even the best, most precise precipitation models can predict only that far out. The dilemma this creates for drought management is twofold. First, it doesn’t provide much time to prepare for periods of abnormal dryness. Second, it doesn’t give much notice of when normal (or abnormally high) moisture will return. Certainly more notice could have helped Mayor Bawden’s community.

Furthermore, nature tends to move not just from flood to drought but also from drought to wildfire. This cycle wreaks havoc in many ways, including on local economies. In 2017, as a result of wildfires in Montana, tourists shortened or canceled their vacations, costing the state an estimated $240.5 million in tourism spending.

The most shocking information—at least for me—was presented by Greg Browder from the World Bank Group. Greg discussed research indicating that the negative impact of drought on individuals can actually begin when they are still in utero, and it can carry on to the next generation of their family. The research was based on people living in developing communities in Sub-Saharan Africa; the research shows that in utero or infancy, stress from drought can reduce physical and mental capacity and reduced wealth and empowerment later in the individual’s life.

So, where does this leave us? I think there are a few things we need to keep in mind.

First, nature and weather are powerful forces that we cannot control, but we certainly can plan and prepare for when drought occurs in our communities. Logically, those who plan their response, even if the plan is not perfect, fare better in drought than those who don’t plan. The 2019 edition of AWWA’s Manual M60, Drought Preparedness and Response, can help you in this critical preparation.

A third consideration—which is closely related to the second—is understanding when a drought has started and when it has ended. A scary thing about droughts is that you never know how long they will last. And once conditions return to normal, you never know how soon the next drought will grip your community.

Another point is that it’s essential to communicate early and often with your community and suggest simple things that customers can do to help manage their water. When it comes to drought, we are all held hostage until nature decides to return to normal weather conditions and replenish water supplies. As a consequence, a utility’s most important partner in managing through a drought is always its customers.

Finally, if you think your community is drought-proof, think again—check with someone who lives in Alaska and after that, start planning.

Note: This article was originally printed in the Journal AWWA