The National Integrated Drought Information System (NIDIS) Executive Council provides the NIDIS Program Office with an opportunity to engage in individual consultation with senior resource officials from NIDIS’s leading federal partners (such as USDA, DOI, and others) as well as leaders from state and local government, academia, nongovernmental organizations, and the private sector.

Tony Willardson was named as Executive Director of the Western States Water Council in July 2009. The Council, representing 18 states, was created by western governors in June 1965, and members are appointed by their governors. Formerly the Deputy Director, Tony joined the Council in 1979. He holds a B.A. in political science from Brigham Young University and an M.S. in public administration from the University of Utah. He is a member of the National Honor Society for Public Affairs and Administration (Pi Alpha Alpha). He oversees publication of a weekly newsletter, Western States Water, which he edited for many years. He is the author of numerous articles and reports covering a wide range of water resource issues, including drought, water project financing and cost sharing, groundwater management and recharge, water conservation, water use fees, remote sensing of water use, and inter-regional water transfers. He is one of the principal authors of the Western Governors’ Association’s (WGA’s) 2006 report, Water Needs and Strategies for a Sustainable Future, and the subsequent 2008 Next Steps Report, as well as the related Western States Water Council 2010 Progress Report. He also was a contributing editor to the WGA’s December 2012 report, Water Transfers in the West: Projects, Trends, and Leading Practices in Voluntary Water Trading. He oversees development of the Council’s Water Data Exchange.

Dr. Roger S. Pulwarty is the Senior Scientist in the National Oceanic and Atmospheric Administration (NOAA) Physical Sciences Laboratory at the NOAA Office of Oceanic and Atmospheric Research in Boulder, Colorado. He was previously the Senior Advisor for Climate Research in NOAA’s Climate Program Office. His research and publications focus on climate, impacts assessment, and adaptation in the U.S., Latin America, and the Caribbean. Roger is a lead author on a number of national and international climate assessments, including the UN International Strategy for Disaster Reduction Global Assessment of Disasters and the UN International Panel on Climate Change (IPCC) Special Reports on Water Resources and on Extremes. He is a convening lead author on Adaptation Planning and Implementation in the 2014 IPCC Fifth Assessment Report. Dr. Pulwarty has acted in advisory capacities on climate, natural resources, and disaster risk reduction to several national and international agencies, including the Organization of American States, the Caribbean Economic Community (CARICOM), the Global Framework on Climate Services, the UN Development Programme, UN Environment Programme, and the InterAmerican Development and World Banks. He co-chairs the UN World Meteorological Organization Climate Services Information System implementation team and the White House Committee on Environment, Natural Resources, and Sustainability Task Force on the Water-Energy-Food nexus. Roger has provided testimonies before the U.S. Congress on climate, adaptation, and natural resources, served on science advisory committees of the U.S. National Academy of Sciences, and is regularly called on by media outlets, including the New York Times and the BBC. He is the co-recipient of NOAA Administrator and U.S. Department of Commerce awards for linking science and decision making, and is the recipient of the 2014 Gold Medal in Applied Sciences and Technology from the Government of Trinidad and Tobago. Roger is Professor-Adjunct at the University of West Indies and the University of Colorado, Boulder.

Dr. Robert Johansson has been serving as Chief Economist of the U.S. Department of Agriculture (USDA) since July 2015. As Chief Economist, he is responsible for USDA's agricultural forecasts and projections and for advising the Secretary of Agriculture on economic implications of alternative programs, regulations, and legislative proposals. He is responsible for the Office of the Chief Economist, the World Agricultural Outlook Board, the Office of Risk Assessment and Cost-Benefit Analysis, the Global Change Program Office, the Office of Environmental Markets, and the Office of Energy Policy and New Uses. Since 2001, he has worked as an economist at USDA (both at the Economic Research Service and in the Office of the Chief Economist), in the Office of Information and Regulatory Affairs at the Office of Management and Budget, and at the Congressional Budget Office. In 2011, he was appointed Senior Economist for Energy, Environment, and Agriculture on the President’s Council of Economic Advisers, where he also participated on the White House Rural Council and the President’s Council on Jobs and Competitiveness. Dr. Johansson served as Deputy Chief Economist at the USDA from 2012 to 2014. Dr. Johansson received a B.A. in economics from Northwestern University and then served with the U.S. Peace Corps as an extension agent in several African countries from 1990 to 1995. After returning to his home state of Minnesota, he entered the graduate program in agricultural economics at the University of Minnesota and received his M.S. in 1997 and Ph.D. in 2000. His research has spanned a wide range of issues, including biofuels policy, water quality and quantity policies, regulatory economics, food security, and regional modeling of agricultural systems. 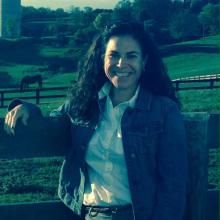 Veva Deheza is responsible for the implementation of the Public Law that authorized NIDIS in 2006. She supports agency congressional, legislative, and policy priorities to achieve the NIDIS mission, goals, and objectives. Veva is a NOAA/NIDIS co-lead on the National Drought Resilience Partnership, and she serves as the NIDIS liaison for the Western Governors’ Association/NOAA memorandum of understanding and the Western States Water Council. She oversees a staff that coordinates all NIDIS regional drought early warning systems around the country, ensuring that regional successes and lessons learned are connected and linked to each other to create an integrated national drought early warning information system.

Steve is the U.S. Drought Portal Program Manager at NCEI in Asheville, North Carolina. Steve has a background in a variety of GIS, data management, and visualization activities within NOAA, including radar, satellite, and severe weather datasets. He is also the primary author of the NOAA Weather and Climate Toolkit software application.

NIDIS has six Working Groups, which are vital to its mission. Each group is focused on a different component of NIDIS activities within and across agencies and throughout the country.

The Working Groups include members from multiple federal, tribal, state, and local government agencies, and from diverse areas of expertise spread across the country.