Drought is generally defined as “a deficiency of precipitation over an extended period of time (usually a season or more), resulting in a water shortage.”

As the different definitions at right illustrate, though, drought can be difficult to define—so difficult, in fact, that in the early 1980s researchers found more than 150 published definitions of drought, reflecting differences in regions, needs, and approaches.

Some drought definitions are conceptual—an idea or concept—which can be important in establishing drought policy. Others are operational, describing how drought functions or operates in ways that can be measured (NDMC).

To learn about how these definitions can be used in drought communication, visit our Communicating About Drought page.

Merriam-Webster Dictionary: "A period of dryness especially when prolonged."

NOAA’s National Weather Service: “A deficiency of moisture that results in adverse impacts on people, animals, or vegetation over a sizeable area.”

To help with drought classification and monitoring, scientists have defined several types of drought:

When low water supply becomes evident in the water system.

When crops become affected by drought.

When the supply and demand of various commodities is affected by drought.

When natural ecosystems are affected by drought.

Challenges of Predicting and Monitoring Drought

Drought is the absence of precipitation, rather than the presence of an event such as a hurricane, tornado, or fire. It's often described as a “creeping phenomenon” because it slowly impacts many sectors of the economy and operates on many different timescales.

Just as drought is difficult to define, it’s also difficult to predict and monitor—particularly when marking the beginning and end of a period of drought.

Drought’s effects also vary from region to region. Due to climatic differences, what might be considered a drought in one part of the country may not be a drought somewhere else.

Drought can lead to a wide range of environmental, social, and economic impacts. Below are just a few examples of the far-reaching consequences of drought.

Drought can reduce the water availability and quality necessary for productive farms, ranches, and grazing lands. It can also contribute to insect outbreaks, increases in wildfire, and altered rates of carbon, nutrient, and water cycling—impacting agricultural production and critical ecosystem services.

Drought can be a contributing factor to wildfire. Dry, hot, and windy weather combined with dried out (and more flammable) vegetation can increase the probability of large-scale wildfires. 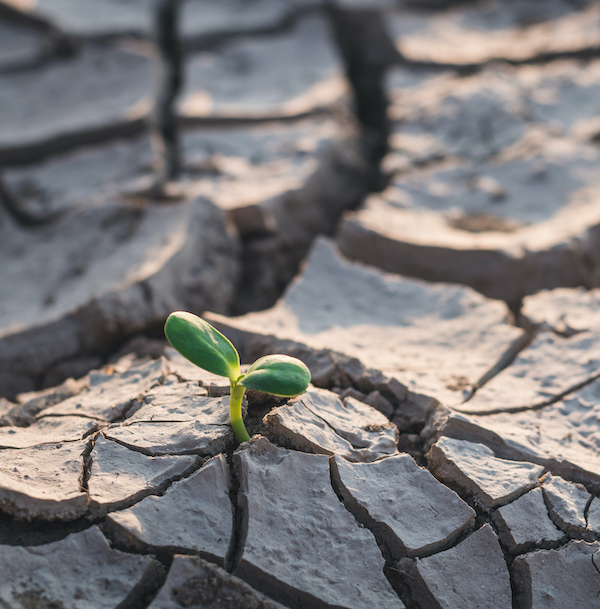 Drought can alter or degrade critical functions of healthy ecosystems, including reduced plant growth, reduction or extinction of local species, and landscape-level transitions (e.g., a forest being replaced by a grassland).

Short- and long-term droughts differ in the timescales over which they occur, their impacts, and their monitoring.

Healthy ecological systems support every form of life, and drought can alter or degrade critical ecosystem functions and services.

Flash droughts can cause extensive damage to agriculture—and economies—if they are not predicted and discovered early.

The “Dust Bowl” drought of the 1930s is still the most significant meteorological and agricultural drought in the United States’ historical record.

Drought monitoring at the national, regional, and local levels is an integral part of drought early warning, planning, and mitigation.