In the Missouri River Basin (MRB), drought is a common climate event. Significant drought events occurred in the 1930s and 1950s that substantially affected water supplies, crops and livestock, energy, transportation of goods, and the ecosystem. More recently, a large-scale drought event occurred in 2012, which was unique in that it followed a devastating flood across the MRB in 2011. Leading up to the drought of 2012, many were expecting a second year of flooding, but what followed instead was a devastating drought event. The upper MRB was hit again in 2017 with a flash drought that was characterized by a rapid decline in soil moisture, low spring rainfall, high temperatures, and above-average wind speeds. Agricultural losses alone totaled in excess of $2.6 billion dollars. It was particularly the floods of 2011 and then the extreme and rapidly evolving drought in 2012 that emphasized the need for an early warning system that could not only improve how we anticipate drought events, but also improve collaboration and coordination of data and monitoring networks for floods in the Missouri Basin.

END_OF_DOCUMENT_TOKEN_TO_BE_REPLACED

The following table highlights activities in the Missouri River Basin that are ongoing efforts related to drought, involve multiple partners, serve as a unique way to address regional drought needs, and are related to at least one of the components of drought early warning. Please contact Molly Woloszyn (molly.woloszyn@noaa.gov) for more information about the table or to inquire about getting an activity added to the list.

The 2017 drought was a rapid-onset event for northeast Montana, the Dakotas, and the Canadian Prairies during the spring and summer of 2017. It was the worst drought to impact the U.S. Northern…

The 2022 Midwest and Missouri River Basin DEWS Partners Meeting, which was held on October 13–14, 2022 in Omaha, NE, brought together partners from both the Midwest and…

This project sought to develop drought adaptation plans for the Flandreau Santee Tribe and the Standing Rock Sioux Tribe. This project is unique in that it is sponsored in part by the Great Plains…

This project focused on developing drought adaptation plans for the Rosebud Sioux Tribe and the Oglala Sioux Tribe. This project is unique in that it is being sponsored in part by the Great Plains…

A key need at the headwaters of the Upper Missouri River Basin is the improved technical capacity of state-designated drought task forces, such as the Montana Drought and Surface Water Supply…

When monitoring drought, it is important to look at data across the spectrum—from the atmosphere, land surface, and water availability below the surface. The list of data and maps below has been customized for the Missouri River Basin and provides a snapshot of conditions across that spectrum—including precipitation and temperature departure data, evaporative demand, streamflow, soil moisture, groundwater, and various derived indices for monitoring drought in the region. Monitoring for the impact of drought is also important, so this list includes resources to submit conditions and/or impacts and view conditions. 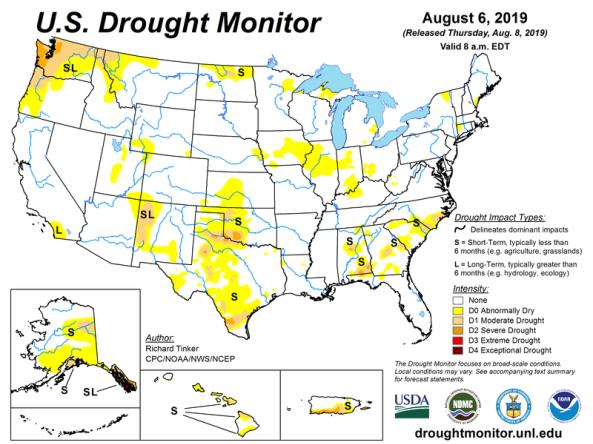 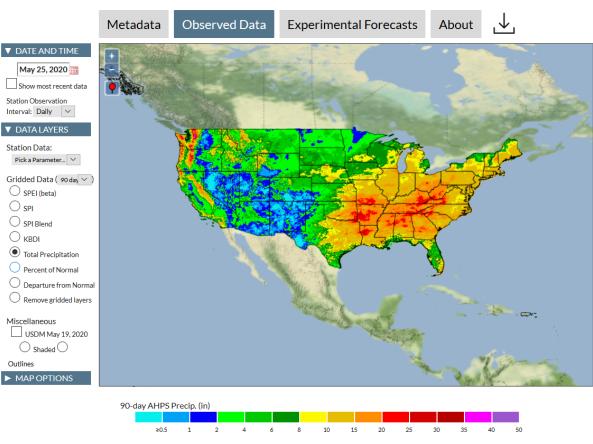 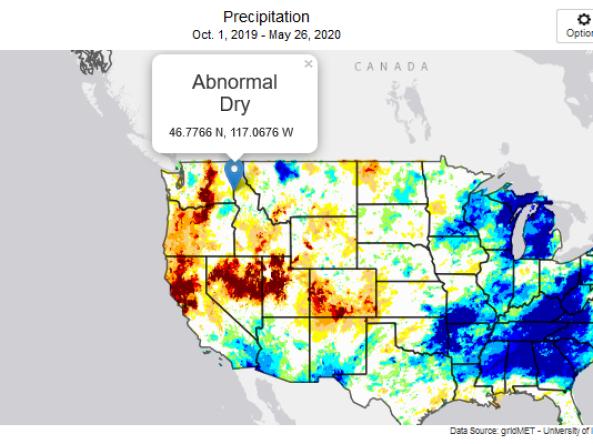 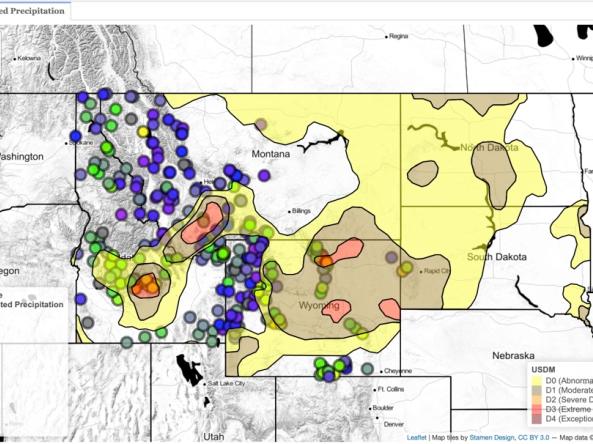 This website provides access to drought indices that are used by the Montana Governor’s Drought and Water Supply Advisory Committee (Monitoring Sub-Committee), though it covers the whole Upper Miss 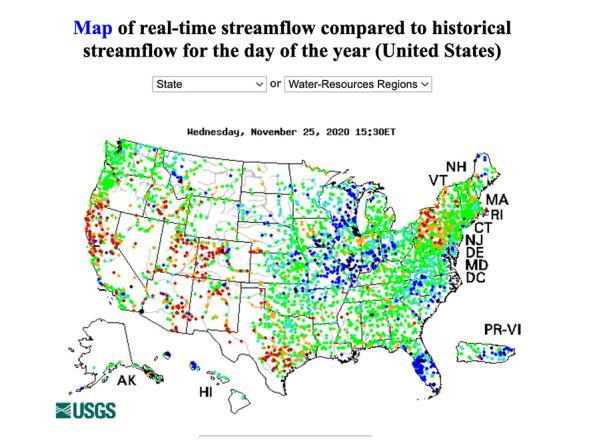 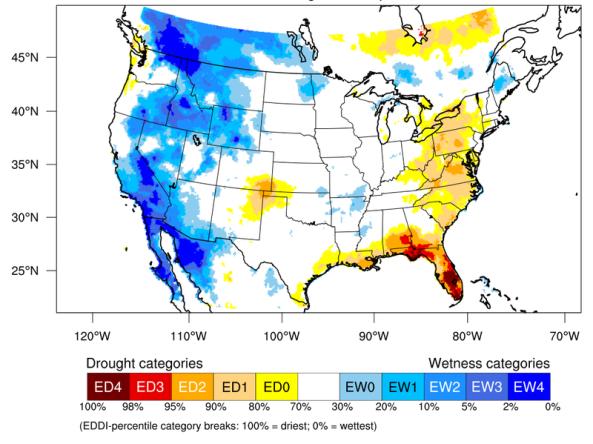 The Evaporative Demand Drought Index (EDDI) is an experimental tool that examines how anomalous the atmospheric evaporative demand (E0; also known as "the thirst of the atmosphere") is for a given

There is little that can be done to influence the weather patterns that cause drought, but preparatory actions and policies can help communities cope with drought impacts. Drought planning can ensure continuity of public services and quality of life. Drought planning can be done at the local and/or state level or integrated into existing plans (e.g., hazard mitigation planning, land-use planning).

When will drought affect me? How long could it last? This section includes resources for drought prediction and forecasting on what could be ahead, including the short-term (e.g., 8-14 day forecast), seasonal to subseasonal (e.g., monthly), and future climate projections (e.g., mid-century). The appropriate time scale will depend upon how this information is being used (e.g., drought response, mitigation management action, long-term planning). Weather and climate prediction is an evolving science, as researchers continue to find ways to improve models and forecasting capabilities at various time scales. 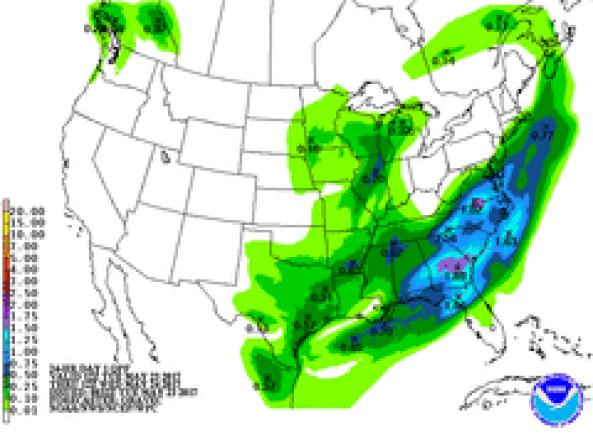 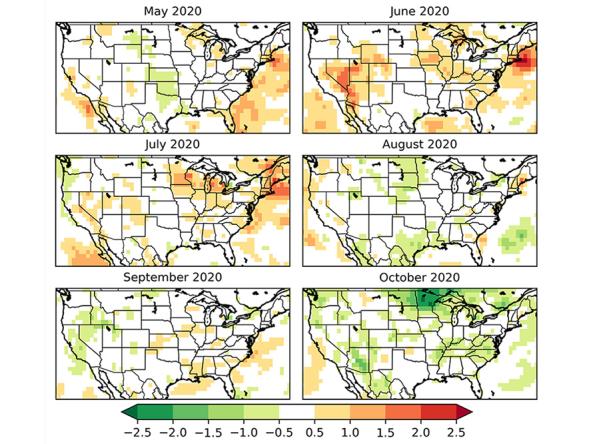 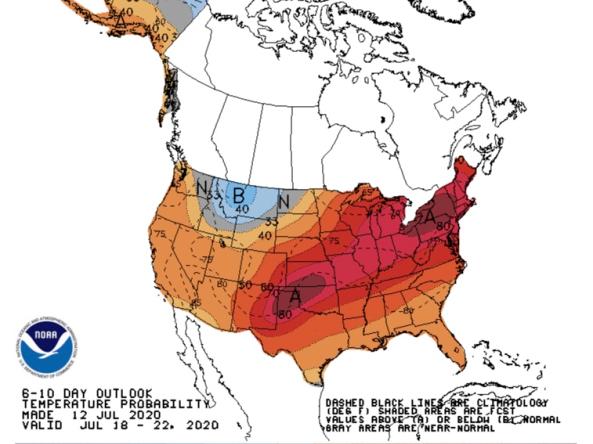 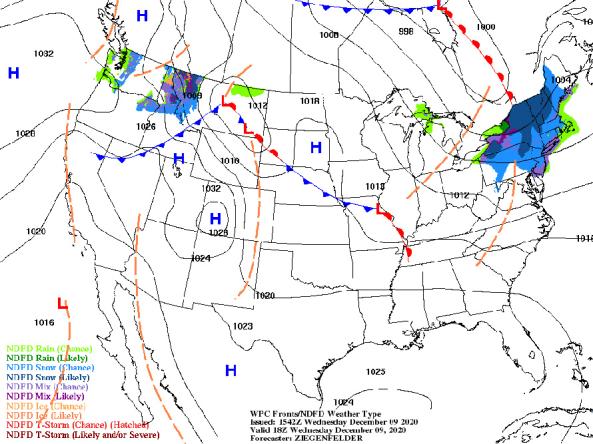 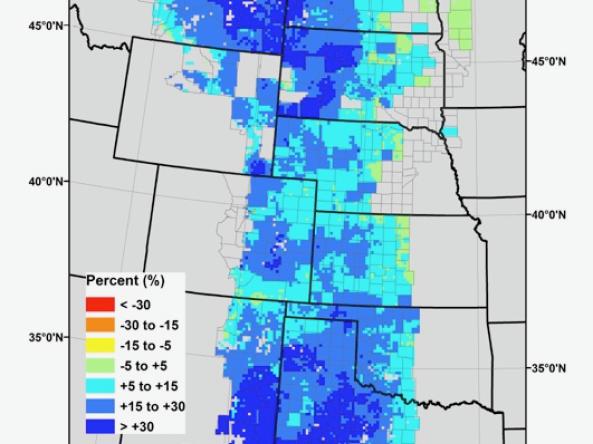 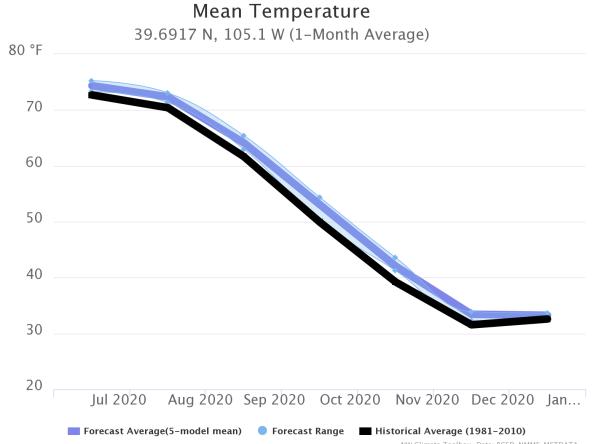 Research to better understand drought in the Missouri River Basin and its development, persistence, improvement, and interaction with other hazards is critical to providing timely and reliable information, products, and services in support of drought early warning. This page highlights research projects that are studying drought in the Missouri River Basin region, with support from NIDIS.

Northern Plains Drought Impact Assessment
The Causes, Predictability and Historical Context of the 2017-18 Northern Plains Drought
Enhancing Drought Monitoring and Early Warning in the Upper Missouri River Basin
Enhancing Drought Early Warning Capabilities for Agricultural and Tribal Stakeholders in the Missouri River Basin Using Fast Response Drought Indicators
Clarifying the Influence of the Multiscale Coupling between Land Surface, Shallow and Deep Convection, and Large-Scale Circulation on the Predictability of Summer Drought over the U.S. Great Plains
Impacts of Decadal Droughts on the Agricultural Economy of the Missouri River Basin