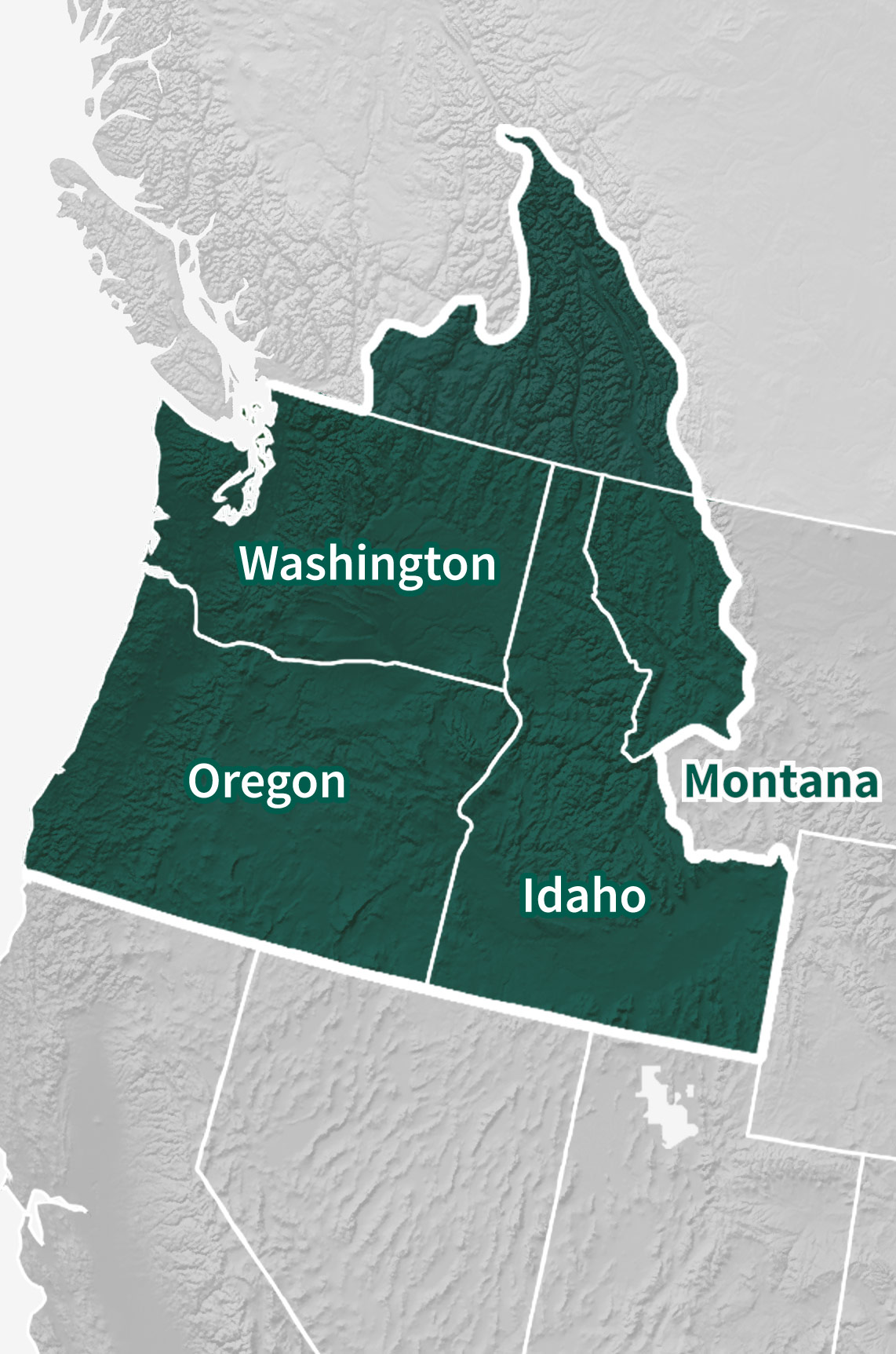 The Pacific Northwest is often associated with rainy forecasts, foggy days on the coast, and large-scale irrigated agricultural projects in the arid interior. It is an ecologically diverse region heavily reliant on snowpack, precipitation, groundwater, and highly managed rivers like the internationally regulated flow of the Columbia River for its water supply. Despite its soggy reputation, even the coastal regions of the Pacific Northwest are no strangers to drought. The region experienced multiple droughts in the early 21st century. In 2015, virtually the entire region reached historic drought conditions. While the coastal regions experienced an unprecedented single-year drought, the eastern portions of Oregon and Idaho had been suffering under prolonged drought for multiple years. The Pacific Northwest DEWS is a collaborative federal, tribal, state, and local interagency effort to improve early warning capacity and resilience to drought in the region.

The Pacific Northwest Drought and Human Health Workshop will be held on October 19–20, 2022 in Portland, Oregon. The workshop is tailored around regional drought-related human health impacts, and will help identify gaps and needs, collaborative opportunities, and ways to integrate the health sector into existing drought activities. NIDIS is co-leading the Drought and Human Health Workshop with the University of Nebraska Medical Center, along with a number of Pacific Northwest partner organizations.

END_OF_DOCUMENT_TOKEN_TO_BE_REPLACED

The following table highlights activities in the Pacific Northwest that are ongoing efforts related to drought, involve multiple partners, serve as a unique way to address regional drought needs, and are related to at least one of the components of drought early warning. Please contact Britt Parker (britt.parker@noaa.gov) for more information about the table or to inquire about getting an activity added to the list.

On the Oregon Coast, water providers generally serve small populations (less than 5,000 people). These providers rely on surface water supply from coastal drainages that are rain-dominated, with…

When monitoring drought, it is important to look at data across the spectrum—from the atmosphere, land surface, and water availability below the surface. The list of data and maps below has been customized for the Pacific Northwest and provides a snapshot of conditions across that spectrum, including precipitation and temperature departure data, evaporative demand, streamflow, soil moisture, groundwater, and various derived indices for monitoring drought in the region. Monitoring for the impact of drought is also important, and resources to submit conditions and/or impacts and view conditions are provided.

Droughts will continue to happen, and by understanding how they evolve and how sectors are impacted, states and communities can be better prepared. Whether planning at the state or local levels, proactive preparation and having tools that give those on the ground sufficient time to take action can minimize the economic and ecological damage of drought. Drought plans can be stand alone or integrated into existing plants (e.g., hazard mitigation planning, land-use planning). The states of the Pacific Northwest all have drought, water, hazard mitigation and climate change adaptation plans that include drought – some of which are currently being updated.

There are many challenges to improved drought predictions and forecasting. Drought characteristics and physics must be understood in space and time for droughts to be predicted with skill. The more advanced warning that is given to water utilities, agriculture producers, fire managers, and communities, the more time they have to take action to reduce the impacts of drought. This section includes resources for drought prediction and forecasting across various time scales. The appropriate time scale will depend upon how this information is being used (e.g., drought response, mitigation management action, long-term planning). Weather and climate prediction is an evolving science, as researchers continue to find ways to improve models and forecasting capabilities at various time scales.

Reports and data on streamflow, forecasts, reservoir storage and other hydrologic information for the Western United States.

Monthly streamflow maps comparing percent of monthly average flow to their respective 1981-2010 average. Available in spring and summer for the western U.S.

Research to better understand drought in the Pacific Northwest and its development, persistence, improvement, and interaction with other hazards is critical to providing timely and reliable information, products, and services in support of drought early warning. This page highlights research projects that are studying drought in the Pacific Northwest region, with support from NIDIS.