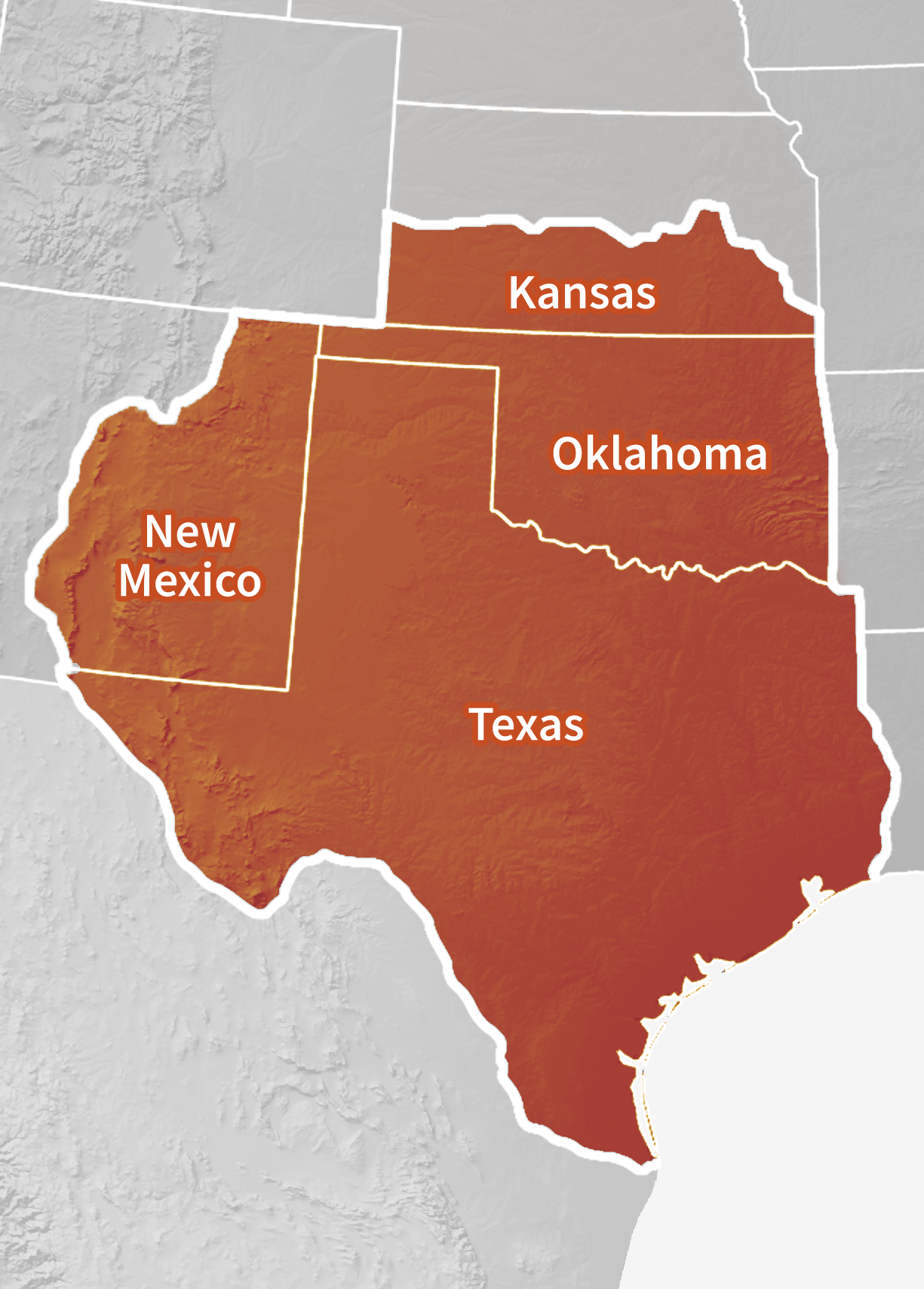 The development of the Southern Plains Drought Early Warning System (DEWS) was initiated in 2011 when a drought of strong intensity and vast geographical extent unfolded in the southern tier of the United States. From 2010–2015, drought persisted throughout parts of the region, impacting western portions of Texas and Oklahoma and eastern New Mexico as well as many other areas in these states. Impacts were numerous across economic sectors. Failure of winter wheat and summer crops during 2011 resulted in shortages of food for cattle, which forced farmers to purchase large amounts of hay or sell their herds. Additionally, the drought caused critical municipal water shortages and led to wildfire danger and other ecological impacts. Many of these impacts lingered until 2015. The Southern Plains DEWS was launched to meet the diverse needs of stakeholders who needed information on drought conditions and the forecasted outlook, but often on different spatial and temporal scales.

END_OF_DOCUMENT_TOKEN_TO_BE_REPLACED

The following table highlights activities in the Southern Plains that are ongoing efforts related to drought, involve multiple partners, serve as a unique way to address regional drought needs, and are related to at least one of the components of drought early warning. Please contact Joel Lisonbee (joel.lisonbee@noaa.gov) for more information about the table or to inquire about getting an activity added to the list.

The Great Plains and California consist of the first and second largest economies in the U.S., but both regions are prone to extreme droughts. Yet, it is…

With funding from the National Oceanic and Atmospheric Administration, the project team is working to improve the radar-based Standardized Precipitation Index (SPI) and SPI blends that they…

The Southern Plains DEWS contains diverse climates such as the semi-arid region of the Texas and Oklahoma panhandles and western Kansas, the desert in eastern New Mexico and Big Bend Country of western Texas, and the hot, humid subtropical Gulf Coast. Weather across the region can change quickly; the region is prone to severe thunderstorms, tornadoes, and hurricanes in the summer and snow and occasional blizzards in the winter. The region is also prone to regular drought. When monitoring drought in the Southern Plains, it is important to consider precipitation, temperature, and evaporation together as water can quickly leave the landscape during times of high evaporative demand. Other indicators include streamflow, soil moisture, groundwater, and various derived indices for monitoring drought in the region.

U.S. Crops and Livestock in Drought

The states of the Southern Plains region all have plans for responding to drought. These have been produced by the state agencies responsible for the states' drought response and are linked on this page. For other groups within the region (counties, cities, or industry groups) that would like to create their own drought plan, we have included links to resources on this page. Or, contact the Regional DEWS Coordinator, Joel Lisonbee, for some ideas on how to get started.

While droughts can occur during any time of the year, those that coincide with crop cycles can be especially costly for the Southern Plains region. The resources provided here, while not specific to the region, can provide some indication of when a drought may start and when it may end.

NIDIS’s mission for the Southern Plains includes providing those affected by drought with the best available information and resources to better prepare for, mitigate, and respond to the effects of drought. This includes communication and outreach by NIDIS and our partners within the Drought Early Warning network.

For example, regional drought status updates communicate a potential area of concern for drought expansion and/or development in the Southern Plains, based on recent conditions and the upcoming forecast.

The resources below highlight upcoming events or communications tools (podcasts, videos, social media) that are relevant to the Southern Plains. Did we miss something? Let us know by contacting the Regional DEWS Coordinator.

The Southern Plains DEWS region has a strong research presence, which includes seven land grant universities within the region and several more in surrounding states, as well as the Southern Climate Impacts Planning Program (SCIPP, a NOAA RISA team).

Clarifying the Influence of the Multiscale Coupling between Land Surface, Shallow and Deep Convection, and Large-Scale Circulation on the Predictability of Summer Drought over the U.S. Great Plains
Integrated Seasonal Drought Forecast-Adaptive Management System for the Lower Colorado River Basin in Texas