Agriculture-related disasters and disaster designations are quite common. Many counties in the United States have been designated as disaster areas in the past several years, even in years of record crop production.

The Secretary of Agriculture is authorized to designate counties as disaster areas to make emergency loans (EM) available to producers suffering losses in those counties and in counties that are contiguous to a designated county. In addition to EM eligibility, other emergency assistance programs, such as FSA disaster assistance programs, have historically used disaster designations as an eligibility trigger. 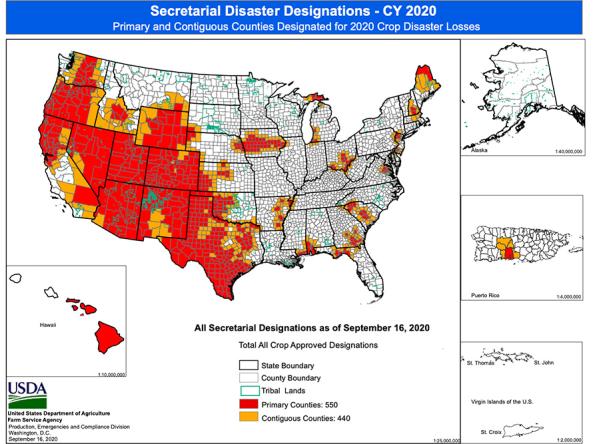