Droughts are a common occurrence in most forests throughout the United States. However, the intensity and frequency that different forest ecosystems experience varies (Hanson and Weltzin 2000). It can be challenging to account for the long-term influence of droughts within a region due to variations in the intensities over different spatial and temporal extents. To assess the severity of droughts experienced by different forest ecosystems, Matthew P. Peters, Louis R. Iverson, and Stephen N. Matthews of the USDA Forest Service created the Cumulative Drought Severity Index (CDSI) for the United States. Peters, Iverson, and Matthews used weighted monthly frequencies of Palmer Drought Severity Index (PDSI) values calculated at ~4 kilometer grids for the periods 1960 to 1986 and 1987 to 2013 (Abatzoglou, J.T., D.J. McEvoy and K. T. Redmond (2017), Palmer 1965). The data set authors defined 'severe' conditions as having PDSI values of -3.0 to -3.9 and 'extreme' conditions as having PDSI values of ≤ -4.0, which receive a weight of 2 and 3 respectively to reflect the increased magnitude of these events. This data set and analysis applies specifically to forest ecosystems due to the focus on vegetation with deep root systems. 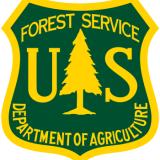 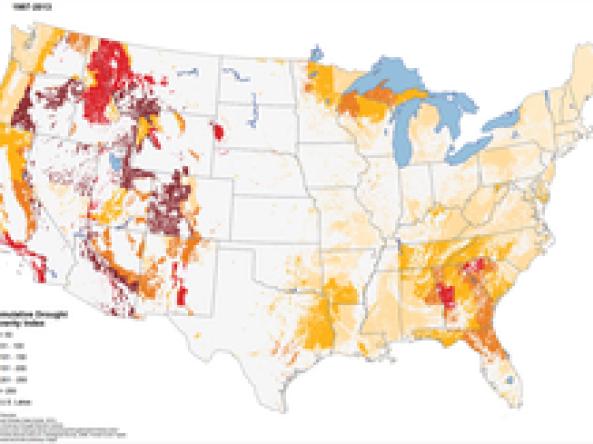