The Drought Impact Reporter (DIR) dashboard presents drought impacts recorded for states, counties, and cities. According to the National Drought Mitigation Center, "impacts have been systematically culled from daily media reports since July 2005, most relating to present drought, but a few reports have been about historic droughts. The earliest impacts are dated 1850."

The National Drought Mitigation Center launched the Drought Impact Reporter in 2005; it was developed with funding from the National Oceanic and Atmospheric Administration and from the U.S. Department of Agriculture’s Risk Management Agency. 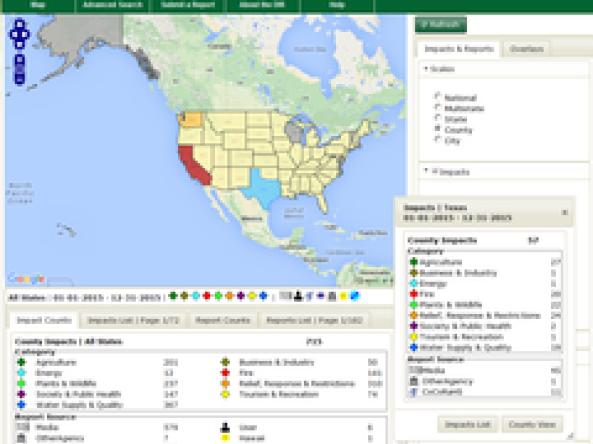