Regional Influences of Vegetation on Complex Droughts in North America

Extreme droughts diminish freshwater availability, with significant consequences for the wellbeing of people and ecosystems. Surface vegetation is central to drought because of its large influence on water and energy fluxes at the land-atmosphere boundary and, therefore, on soil moisture and streamflow. However, the extent to which vegetation and droughts jointly shape each other is not fully known, including how vegetation specifically shapes regional drought characteristics, and how vegetation-drought interactions evolve with increasing CO2 and climate change. The mechanisms by which vegetation and drought are coupled and how that coupling interacts with changes in climate and CO2 to alter future droughts must therefore be understood to best inform risk management decisions in drought-prone regions.

This project will focus on trace vegetation-drought feedbacks and how these complex interactions shaped previous drought characteristics and influenced their predictability. It will also quantify what role, if any, vegetation played in the onset, evolution, and termination of historical severe seasonal-to-interannual droughts. This will be tested with observations and models for historical extreme droughts, such as the recent California (2011–2015), Texas (2010–2011), and Great Plains–Midwest (2011–2012) droughts.

This project will also use the latest generation of coupled Earth System Models from CMIP6, along with insights gleaned from historical analysis, to characterize the influence of vegetation-drought interactions on future North American drought risks. 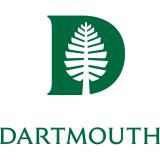