Little Change in Drought Conditions Early in the Water Year

California/Nevada conditions as of November 15, 2022:

NOAA’s ENSO alert system status is currently a La Niña Advisory. There is a 76% chance of La Niña during the Northern Hemisphere winter (December–February) 2022–23, with a 57% chance for ENSO-neutral in February–April 2023. For more information, check out the NOAA ENSO blog or current status presentation and how La Niña impacts the Western U.S.

The late autumn and early winter months are a highly transitional time of year, as the wet season begins to ramp up along the West Coast. The next one-to-three month forecast shows drought persisting across California and the Great Basin, given the La Niña advisory. However, an increasingly wet climatology through the late fall and early winter favors improvement across parts of Oregon, Washington, and coastal northern California. Historically, La Niña is associated with dry to normal conditions in the southern part of California and Nevada. The December-January-February outlook from the National Weather Service's Climate Prediction Center also favors above-normal temperatures for the region. In the near term (1–2 weeks), there may be some atmospheric river activity in the very northern parts of the region, but this remains uncertain.

This drought status update is issued in partnership between the National Oceanic and Atmospheric Administration (NOAA), the California-Nevada Adaptation Program, a NOAA CAP/RISA team, and the Western Regional Climate Center at the Desert Research Institute to communicate the current state of drought conditions in California-Nevada based on recent conditions and the upcoming forecast. NIDIS and its partners will issue future drought status updates as conditions evolve.﻿ 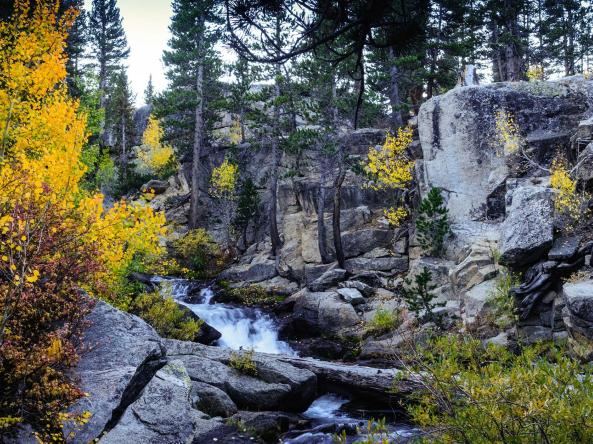