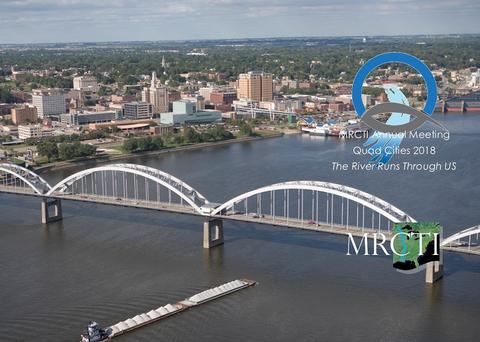 Local impacts of the 2012 Great Plains Drought have been evaluated, but it is not yet well understood the full extent to which extreme drought along the Mississippi River corridor impacts the flow of goods and services produced and transported through the corridor. To improve drought readiness, including business continuity, along the 1,300-mile waterway, a better understanding of how different types of drought can impact goods and services along the Mississippi River, and by extension trade out of and into the river system, is needed.

NIDIS, in partnership with the Mississippi River Cities and Towns Initiative (MRCTI), the USDA Office of the Chief Economist, NOAA’s Office of the Chief Economist, the cross-agency National Drought Resilience Partnership (NDRP), and other governmental and sectoral partners, are joining forces to study and quantify drought impacts to the trade footprint along the Mississippi River Corridor in the following industries:

On September 20, NIDIS Executive Council Co-Chair Dr. Roger Pulwarty presented the study scope and project plan to Mayors along the Mississippi River Corridor at the MRCTI Annual Meeting in the Quad Cities. Mayor Bob Gallagher of Bettendorf, IA, spoke to attendees about the importance of this effort and encouraged further examination the drought vulnerabilities of communities along the Mississippi River.

This multi-year initiative will examine the economic implications of droughts of different magnitudes in the region and the sensitivity of the industries noted above, based on hydrological drought scenarios developed with partner agencies. These scenarios will include simulations of future droughts that replicate conditions during 2012, as well as sequences of similar events such as the potential occurrence of two or more consecutive years of 2012-like conditions.

This effort will be conducted in distinct phases over the course of two or more years, and results will be developed collaboratively and shared periodically with state, local, and private sector partners as findings are available. The study will also seek to identify potential strategies used to mitigate and adapt to sector-specific drought impacts, and will help local decision-makers understand and prioritize strategies to offset the risks of drought to these critical industries.

A critical concern for local governments and businesses in the region is how droughts filter to local communities and that there may be limited options available to reduce risks, shift to alternative economic resources, learn from each other, and seek relief when resources are exhausted during severe conditions.

Local leaders in communities along the Mississippi River are finding it increasingly difficult to protect their people, structures, and economies in times of drought. To better understand and address long-term drought risk, the project team will also identify 3-4 pilot locations to conduct community-based drought vulnerability assessments.