The Southeast is currently experiencing a "Flash Drought." Drought conditions increased throughout the month of September due to extreme dryness and warmer than average temperatures for most of the region. The exceptions include the eastern Carolinas and southern Florida, which were impacted by Hurricane Dorian. 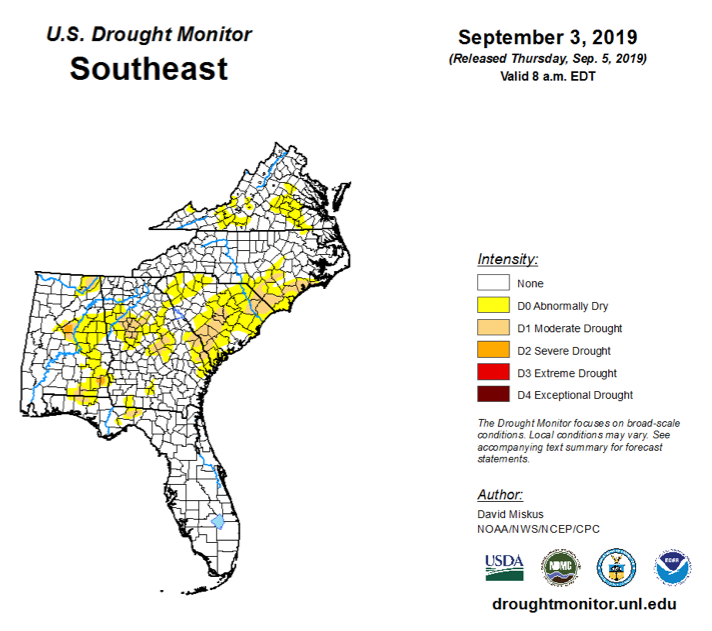 Impacts are being felt across the Southeast region.

Examples of Current Impacts on Agriculture

There is a high probability of short term improvement through the end of October, due to cooling temperatures and increased chances for above normal rainfall. Parts of southern Alabama and south Georgia have seen 2"-4" of rain in the past week. However, no strong signal appears on the horizon for November. 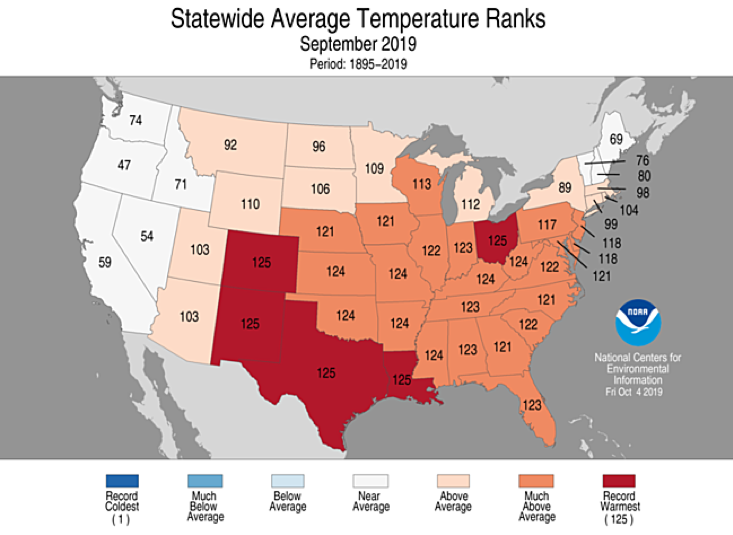 This Drought Update is part of drought-related webinars offered across the U.S. by the National Integrated Drought Information System (NIDIS).

NIDIS and partners held a Southeast Drought Update Webinar on October 10. The recorded version can be found here.