2020 closes and 2021 begins with rain and snow chipping away at some regional drought conditions. 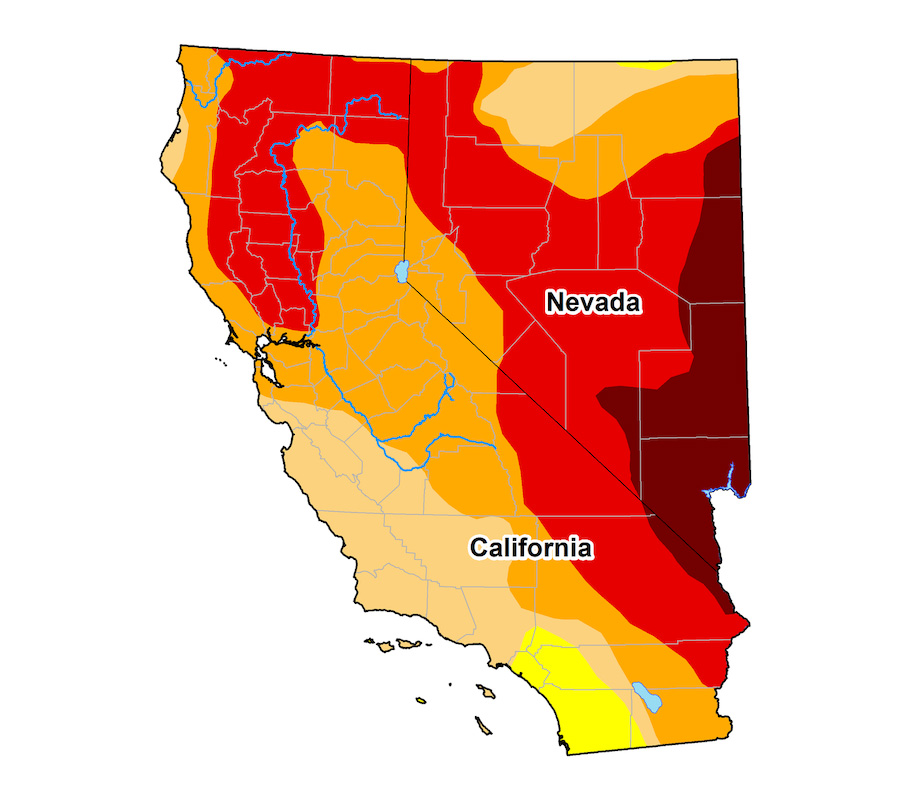 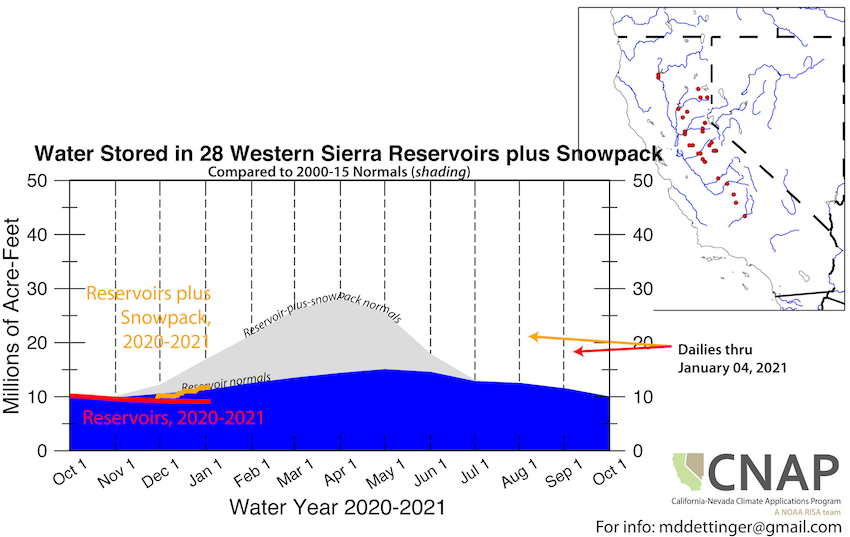 NOAA’s ENSO alert system status is currently a La Nina advisory and is likely to continue through the Northern Hemisphere winter 2020-21 (~95% chance during January-March). For more information please check out the NOAA ENSO blog.

Western Regional Climate Center recently developed a handout about the La Niña impacts for the West. Check it out to see how La Niña historically has affected your region. 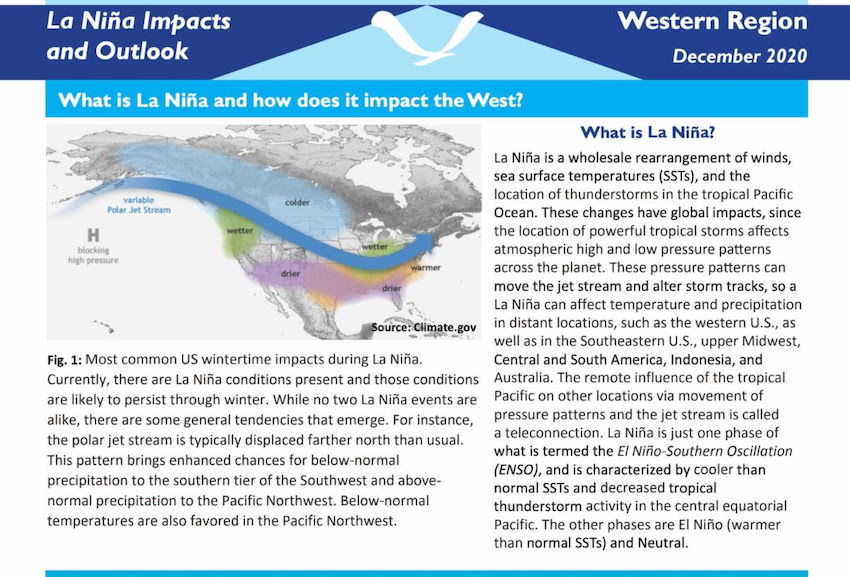 As of the mid-December seasonal (3-month) drought outlook, drought is expected to persist for most of the region and develop in the far southern coast of California. The more recently released monthly drought outlook shows drought persisting in the region except for northern California, where drought remains but improves due to recent and forecasted short-term precipitation. 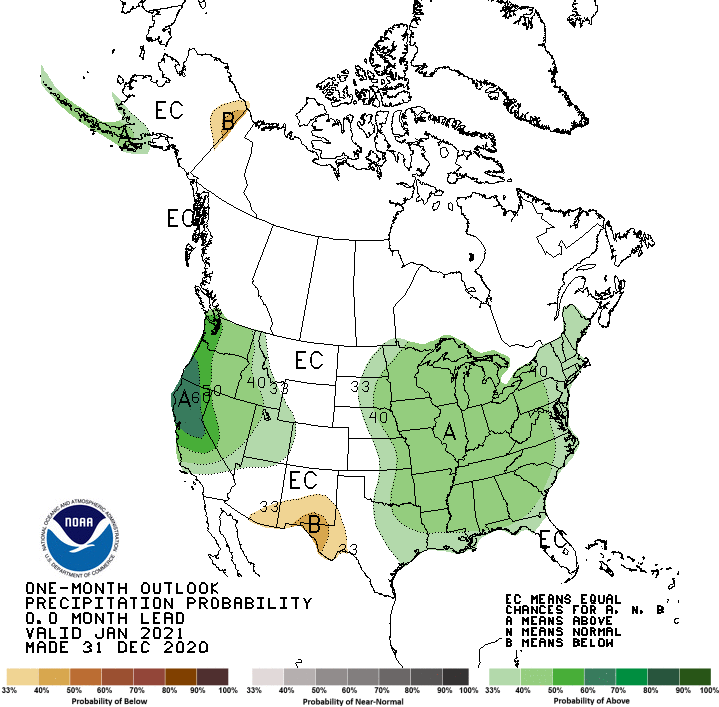 This Drought Status Update is issued in partnership between the National Oceanic and Atmospheric Administration (NOAA) and the California-Nevada Applications Program, a NOAA RISA team, to communicate the current state of drought conditions in California-Nevada based on recent conditions and the upcoming forecast. NIDIS and its partners will issue future Drought Updates as conditions evolve.﻿

The next California-Nevada Drought & Climate Outlook webinar will take place on Monday, January 25 at 11 am PST.