The 2017 Northern Plains drought sparked wildfires, destroyed livestock, and reduced agricultural production. Neither the drought’s swift onset nor its severity were forecasted. In May 2017, the region was mostly drought-free, and at least average summer precipitation was forecasted. By July 2017, North Dakota, South Dakota, eastern Montana, and the Canadian prairies were experiencing severe to extreme drought, resulting in fires that burned 4.8 million acres across both countries and U.S. agricultural losses in excess of $2.6 billion dollars. NIDIS and partners have published two reports to examine the evolution and impacts of the drought, as well as lessons learned, needs, and gaps. 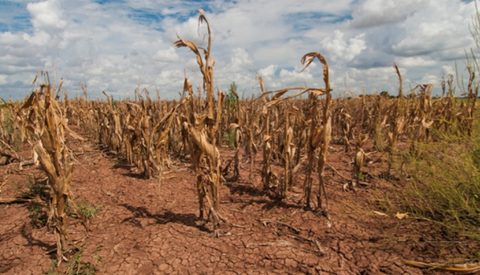 The report, Flash Drought: Lessons Learned From the 2017 Drought Across the U.S. Northern Plains and Canadian Prairies, examines the historic 2017 drought event and its impacts, identifies opportunities to improve timeliness of and accessibility to early warning information, and identifies applied research questions and opportunities to improve drought-related coordination and management within the Missouri River Basin Drought Early Warning System. The needs that were repeatedly voiced during this study provide stepping-stones to improve outcomes in future droughts for this and other regions, including:

This study demonstrated that the rapid onset of the drought in the spring and summer of 2017 was mainly due to failed rains. Observed May-July precipitation over eastern Montana was the lowest on record and average precipitation over Montana, North Dakota, and South Dakota was the third lowest on record dating back to at least 1895. Failed rains led to the third largest soil moisture decline for any three-week period over eastern Montana since at least 1916.

Climate model simulations reveal that droughts with intensity similar to that of 2017 are 20% more likely due to anthropogenic influences. Anthropogenic influences increase the likelihood of droughts in July because of long-term reductions in soil moisture, also known as aridification. Aridification is forced by increases in evapotranspiration associated with rising temperatures.