Drought forecasted to continue as wettest months come to a close

California/Nevada conditions as of February 23, 2021: 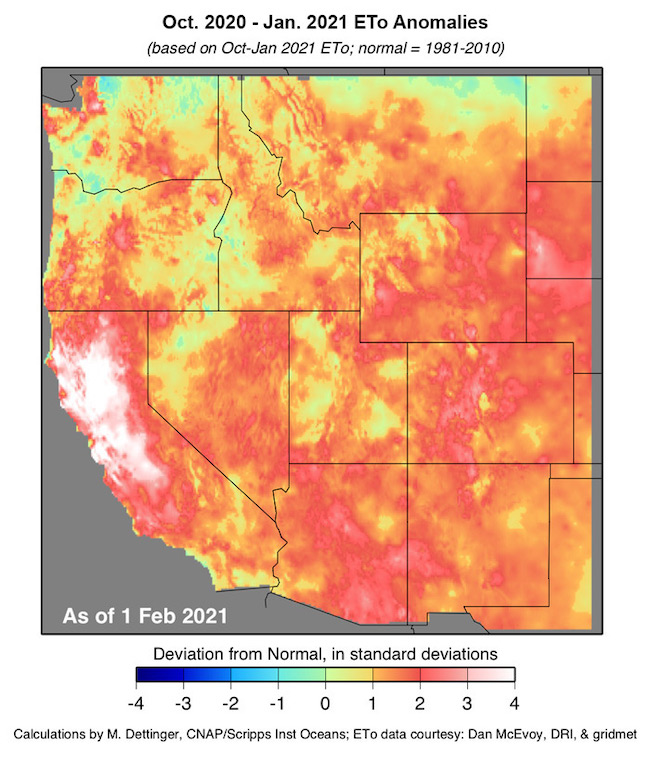 Water Storage in the Western Sierra Nevada and Lake Tahoe

NOAA’s ENSO alert system status is currently a La Niña advisory with moderate La Niña conditions over the equatorial Pacific. There is a ~60% chance of a transition from La Niña to ENSO-neutral during the Northern Hemisphere spring 2021 (April-June). Historically, southern and central California and southern Nevada remain at increased risk for dryness into spring during La Niña conditions. For more information, please check out the NOAA ENSO blog and the Western Regional Climate Center handout about the La Niña impacts for the west.

A slow decline in La Niña intensity is likely to result in ENSO-neutral conditions later this year, but for the forecast period through May 2021 it will continue to influence conditions across the nation. As a result, the U.S. seasonal drought outlook shows drought persistence over California and Nevada.

According to the NOAA National Weather Service Climate Prediction Center's short-term to seasonal forecasts, odds favor a return of dry conditions with a continuing “typical” La Niña pattern and a dry southwest. A return to dryness continues to build drought impacts as February ends, climatologically one of the wettest months for the region. 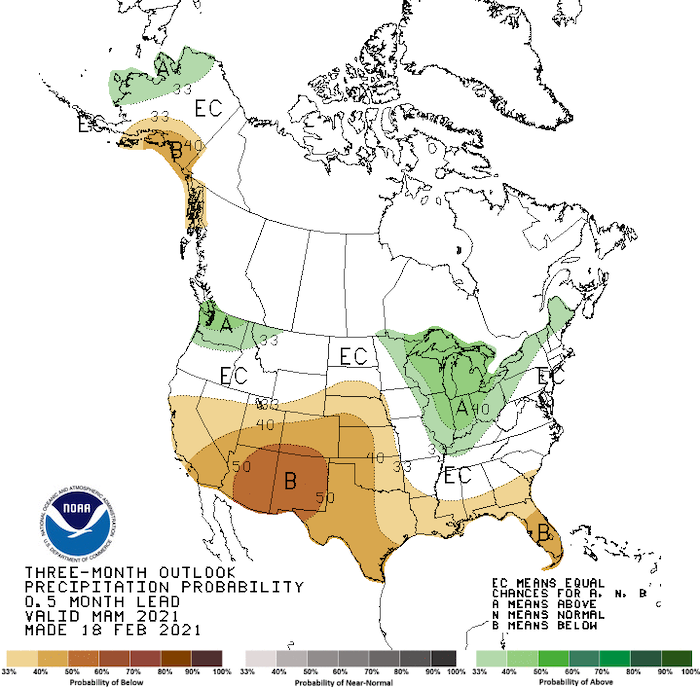 This Drought Status Update is issued in partnership between the National Oceanic and Atmospheric Administration (NOAA) and the California-Nevada Applications Program, a NOAA RISA team, to communicate the current state of drought conditions in California-Nevada based on recent conditions and the upcoming forecast. NIDIS and its partners will issue future drought updates as conditions evolve.﻿

Register here for the next California-Nevada Drought & Climate Outlook webinar on March 22, 2021 at 11 am PDT.