California/Nevada conditions as of April 13, 2021: 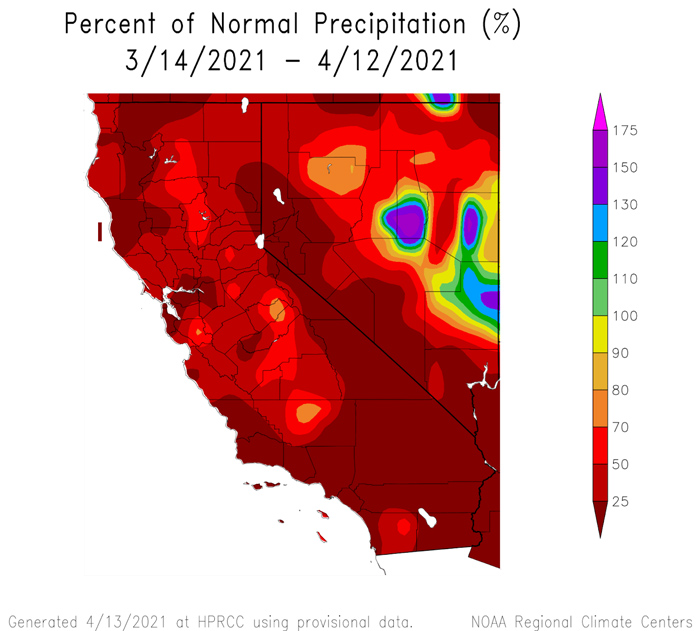 NOAA’s ENSO alert system status is currently a La Niña advisory, with a transition from La Niña to ENSO-neutral likely in the next month or so, with an 80% chance of ENSO-neutral during May–July 2021. For more information, please check out the NOAA ENSO blog, including a look back at the 2020–2021 winter outlook performance.

With the close of the primary wet season in California-Nevada, drought is expected to persist or worsen if evaporative demand is high throughout spring and summer. The National Weather Service Climate Prediction Center forecasts through July have increased odds of above-normal temperatures with the highest odds centered on the 4 corners areas. Most of the region has equal chances of above/normal/below precipitation, including those areas impacted by the summer monsoon. S

Much of the West observed below average precipitation and cooler than normal temperatures in March. According to the National Interagency Fire Center’s Predictive Services, southern Nevada may see their fire season start in late May into June. The start of California’s fire season will depend on any extended dry spells combined with low humidity and windy weather. Upper elevations of California will be particularly vulnerable earlier than usual, as the state moves into July and the snowpack potentially melts off earlier than normal. Parts of California’s coast, from central to southern California, will also be at early fire potential due to fuels being abnormally dry. 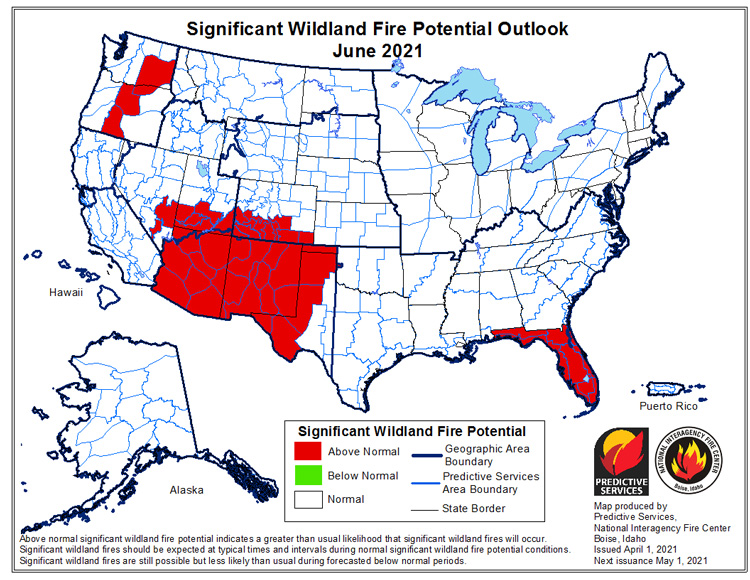 The next California-Nevada Drought & Climate Outlook webinar will be a special joint California and Southwest Drought Update and Wildfire Outlook Webinar. Register here to join us on Monday, May 24 at 11 a.m. PT.