Current U.S. Drought Monitor map for the Pacific Northwest, as of July 27, 2021. The U.S. Drought Monitor (USDM) is updated each Thursday to show the location and intensity of drought across the country. Drought categories show experts’ assessments of conditions related to dryness and drought including observations of how much water is available in streams, lakes, and soils compared to usual for the same time of year 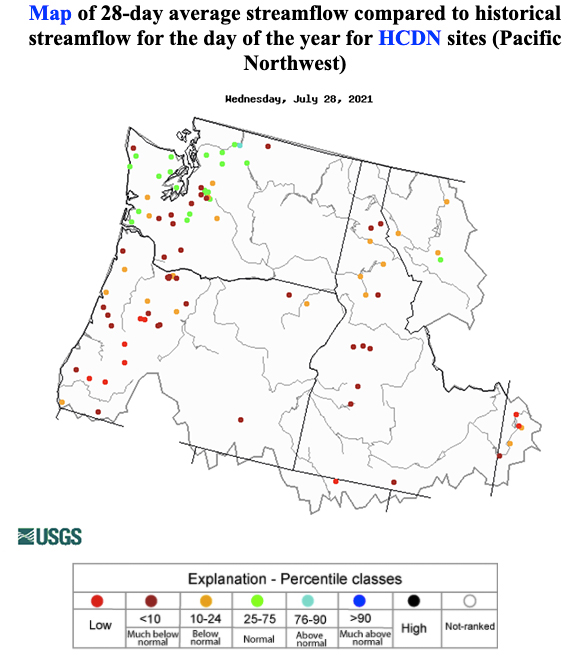 If you are seeing additional impacts or different impacts of the drought where you live, please let us know!

This drought status update is issued in partnership with the states of Oregon, Washington, and Idaho, the USDA Northwest Climate Hub, the USDA Natural Resources Conservation Service, and the Oregon Climate Change Research Institute to communicate a potential area of concern for drought expansion and/or development within the Pacific Northwest based on recent conditions and the upcoming forecast. NIDIS and its partners will issue future drought status updates as conditions evolve.﻿