Extreme (D3) to Exceptional (D4) drought persists across much of the Intermountain West.

Extreme (D3) drought conditions have been in place in this region since May 2020. The impact on last year's summer growing season is counted as a “billion-dollar disaster” for the western and central U.S. 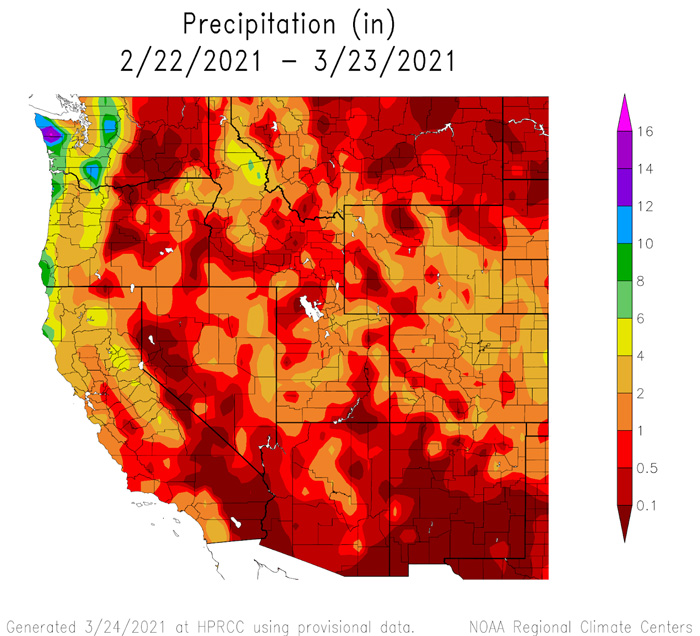 For April–June, there is a greater chance for above-normal temperatures across the Intermountain West.

The Climate Prediction Center's precipitation outlook shows that below-average rainfall is the most likely outcome for April–June across the Intermountain West, including New Mexico, Colorado, Utah, and Wyoming.

Despite recent precipitation, drought conditions are forecast to continue at least through May across the Intermountain West.

This drought early warning update is issued in partnership between the National Oceanic and Atmospheric Administration (NOAA) and the offices of the state climatologist for Arizona, Colorado, New Mexico, Utah, and Wyoming. The purpose of the update is to communicate a potential area of concern for drought expansion and/or development within the Intermountain West based on recent conditions and the upcoming forecast. NIDIS and its partners will issue future drought updates as conditions evolve.﻿