Will the August rain wash away the Southern Plains drought?

This map shows drought conditions across the Southern Plains Drought Early Warning System as of August 23, 2022.

Drought and Heat July through mid-August 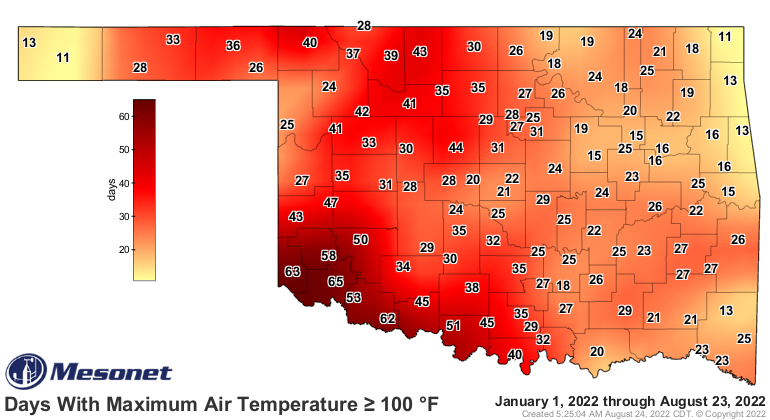