Register here for the Western Drought Webinar, July 20 at 10 a.m. PDT. This webinar is in lieu of the July CA-NV Drought and Climate Outlook Webinar, which will return in September.

California/Nevada conditions as of July 6, 2021: 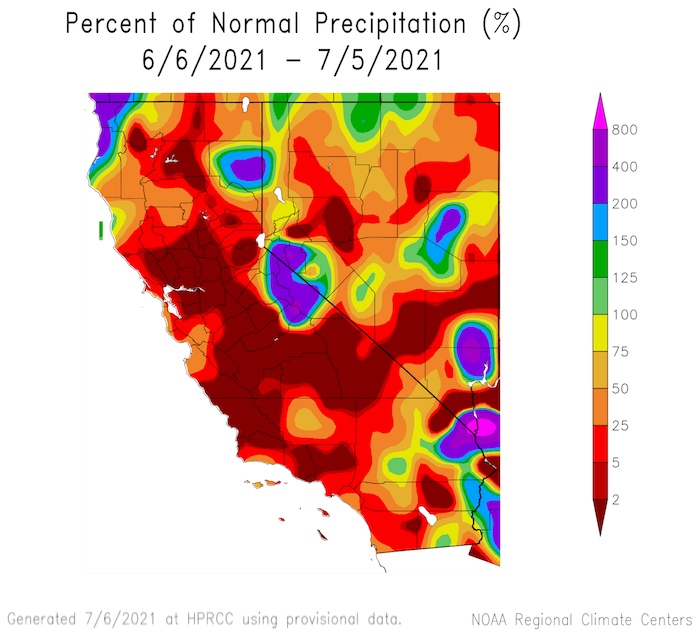 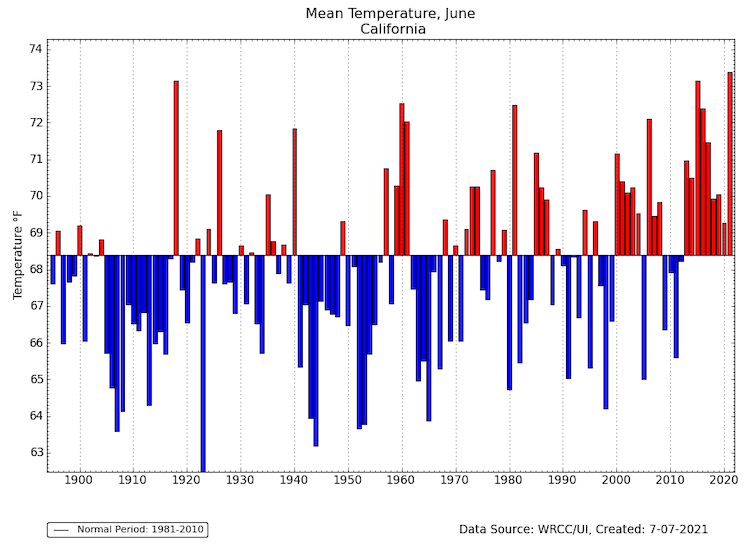 ENSO-neutral is favored through the Northern Hemisphere summer and into the fall (51% chance for the August–October season), with La Niña potentially emerging during the September–November season and lasting through the 2021–22 winter (66% chance during November–January). For more information, please check out the NOAA ENSO blog.

During the upcoming three months, little drought relief is anticipated across California and the Great Basin, where much of the region is in its dry season and abnormal warmth is favored to persist. The July-August-September outlook from the National Weather Service's Climate Prediction Center shows increased odds of above-normal temperatures across the West. Most of the region has equal chances of above/normal/below precipitation, including those areas impacted by the summer monsoon.

According to the National Interagency Fire Center’s Predictive Services, fire activity increased significantly across the West during June. The national preparedness level increased to four on June 22, the second earliest occurrence since 1990.

The first surge of monsoonal moisture arrived in the Southwest, including the southern Great Basin, during the last few days of June. Near-normal precipitation is likely with the Southwest monsoon in July. Above-normal significant fire potential will expand northward into the Great Basin through August with areas closer to the monsoon likely returning to near normal.

In northern California, the low elevation grass crop is cured below 3,000 feet, and fuel loading among low-elevation brush and grasses is near to below average due to a second year of drought. The high-elevation snowpack has melted off, and although dead fuels are quite dry, live fuels still retain some moisture and greenness as June ends. Similar to May, in southern California both the 1,000-hour and 100-hour dead fuel moistures are below the third percentile and broke many record low values away from the coastal areas in June. The live fuel moisture continues to slowly dry out and is around a month and a half ahead of where it should be for this time of year. Corresponding current fire danger realized through the Energy Release Component is above normal for much of California and Nevada. 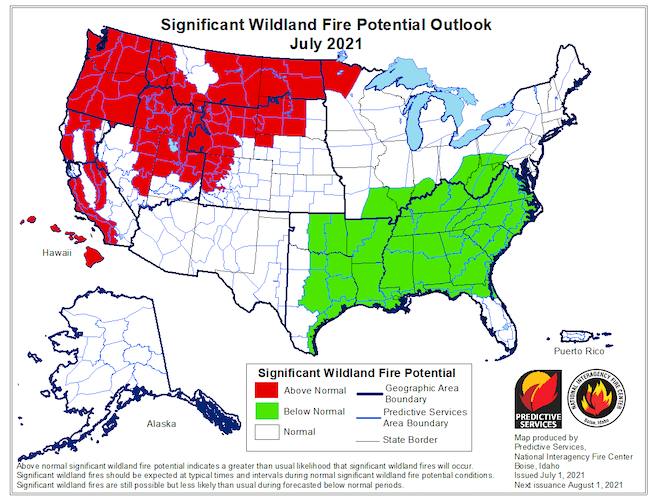 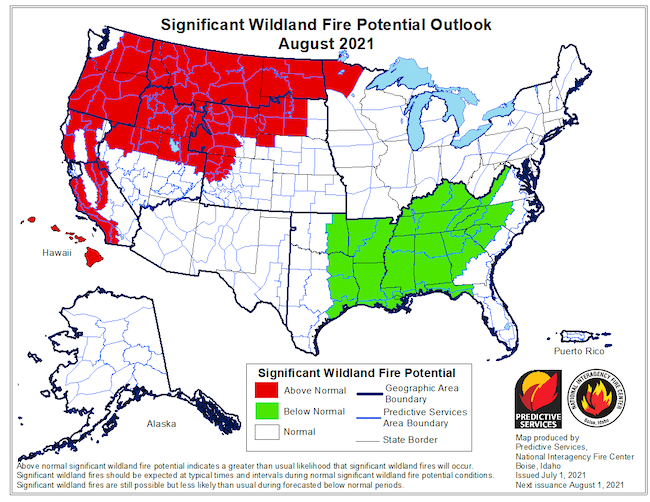