California/Nevada conditions as of August 24, 2021: 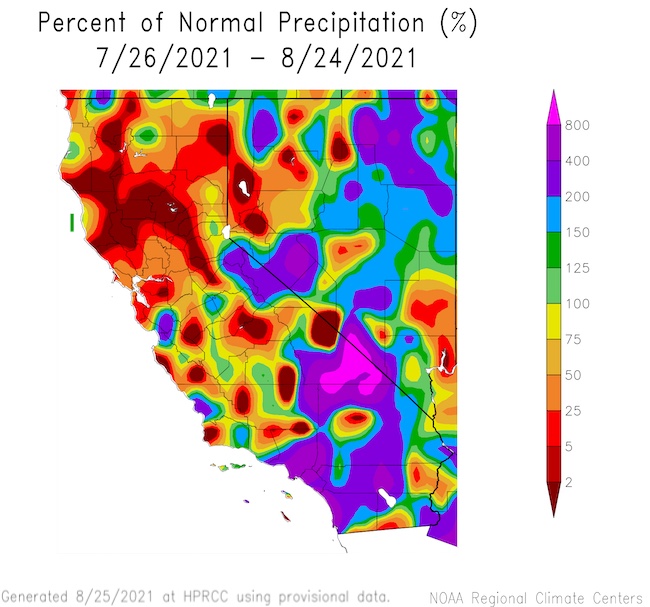 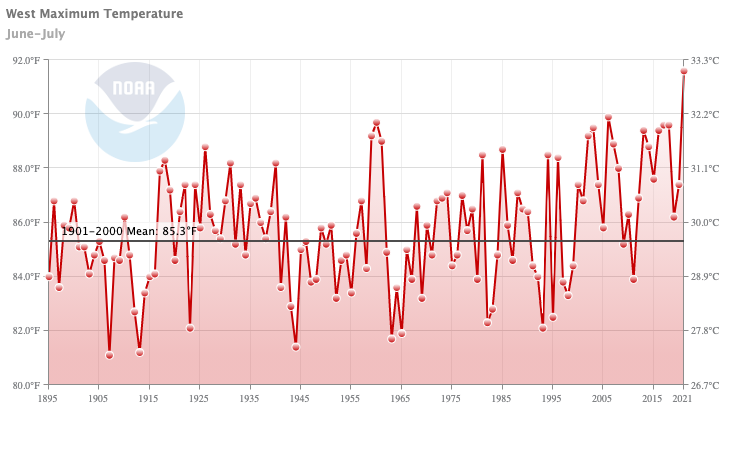 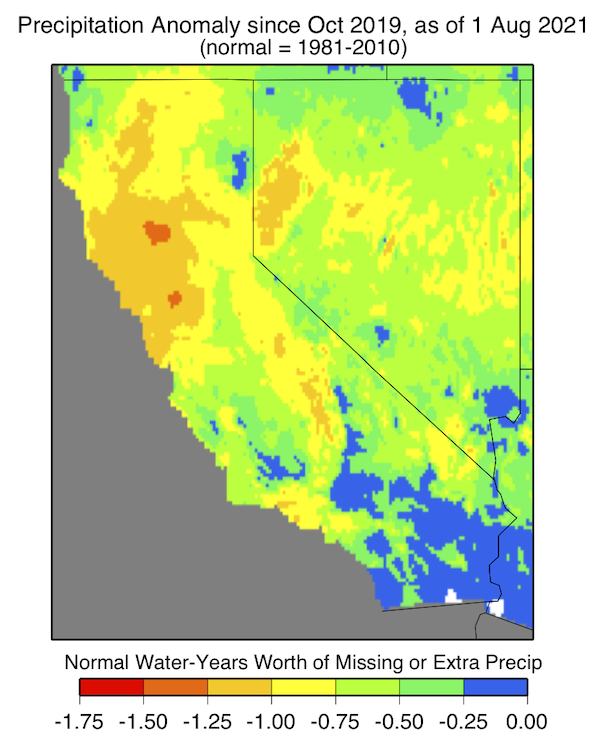 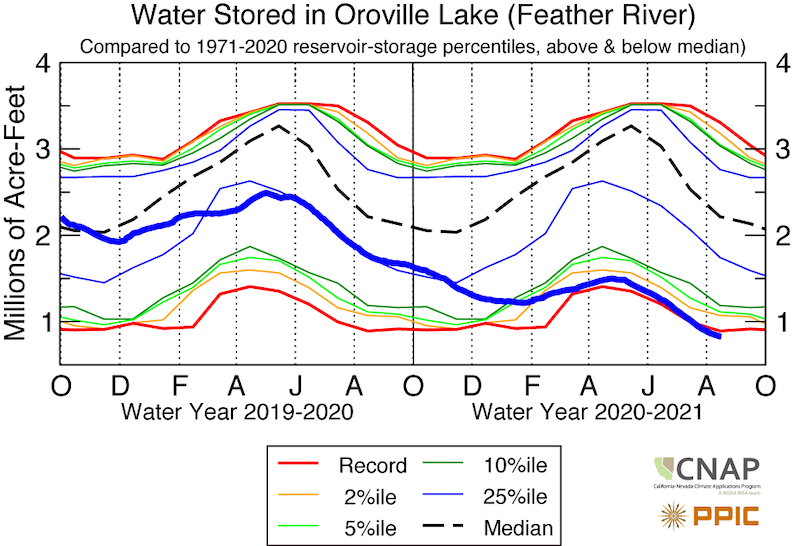 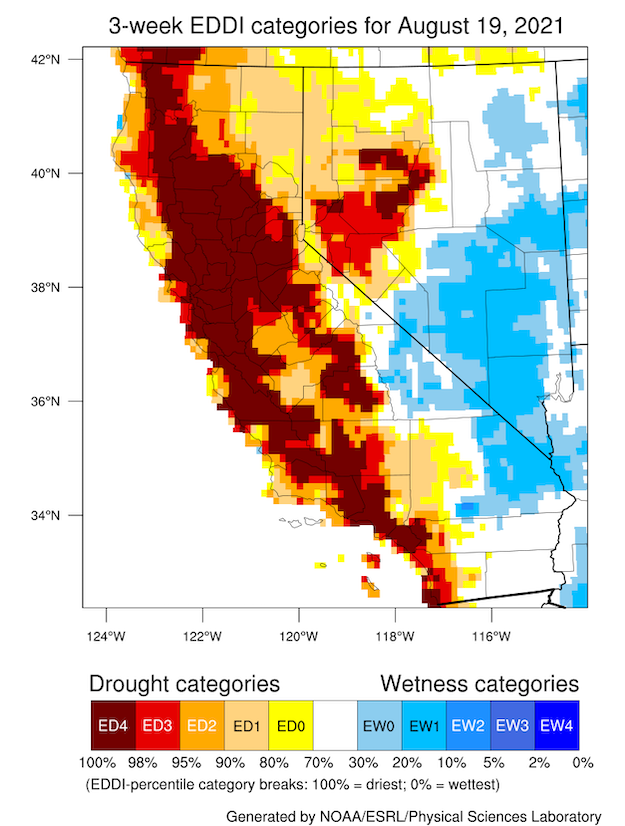 ENSO-neutral is favored for the remainder of summer (~60% chance in the July–September season), with La Niña possibly emerging during the August–October season and lasting through the 2021–22 winter (~70% chance during November–January). For more information, please check out the NOAA ENSO blog.

The seasonal forecasts (next three months) show drought persisting across California and the Great Basin, where much of the region is in its dry season and abnormal warmth is favored to persist. The September-October-November outlook from National Weather Service's Climate Prediction Center shows increased odds of above-normal temperatures continuing across most of the West. Forecasts increasingly reflect the potential for La Niña development in the fall and into the winter. Historically, La Niña is associated with dry to normal conditions in the southern part of California and Nevada.

According to the National Interagency Fire Center’s Predictive Services, fire activity increased significantly across the West during July and continued into August. The national preparedness level increased to its maximum value of five on July 14, the earliest date in the past decade.

The combination of record-setting temperatures in June and July with limited precipitation has allowed for fire danger indices to track record levels for much of the summer in the Sierra Nevada and portions of northern California. Extremely dry conditions have also allowed live fuel moistures to drop below critical values in many areas. While fire danger conditions have been less extreme in southwestern California, live fuel moistures are below normal with several regions having critically dry conditions by mid-August. Reduced grass fuel loads in the Great Basin due to a second year of drought conditions has limited fire activity. Monsoonal precipitation across southern and eastern Nevada and reduced evaporative demand have further kept fire danger indices below to near-average levels.

Most of California is forecast to have above-normal significant fire potential through at least September due to a combination of current conditions and tendency for warmer than normal conditions in the coming weeks with no signs of fire-slowing or season-ending precipitation. Continued critically dry live and dead fuels into September and October during the seasonal commencement of offshore downslope winds increases wind-driven fire potential.