Extreme Heat and No Rain Has Sparked Flash Drought in the Southern Plains. 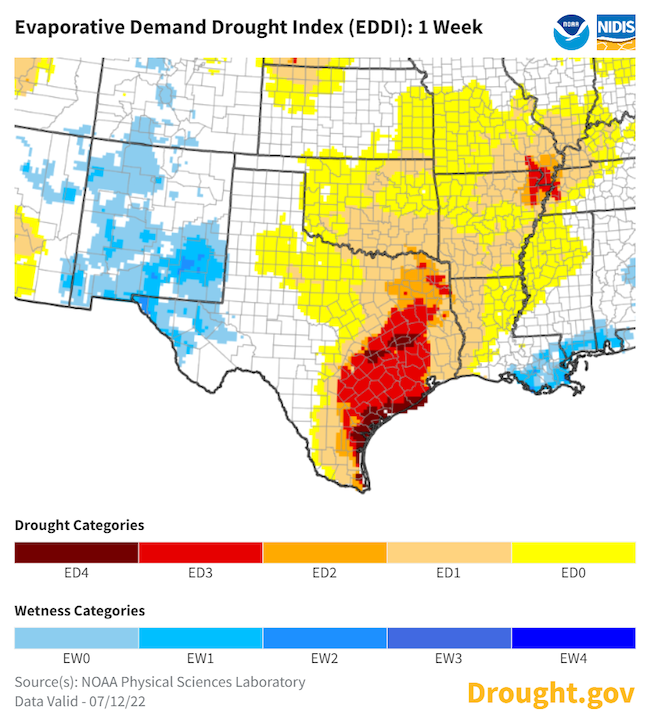 Hot conditions are forecast to remain through July. A rain-bearing cold front is expected in the short-range outlook, but there is uncertainty about how much rain it will produce and how far south it will dip.

According to the Climate Prediction Center's monthly outlook for August:

With persistent high temperatures and low precipitation in the Climate Prediction Center's seasonal outlook, areas that are already in drought are expected to remain in drought while drought development is likely over Louisiana and southern Arkansas. 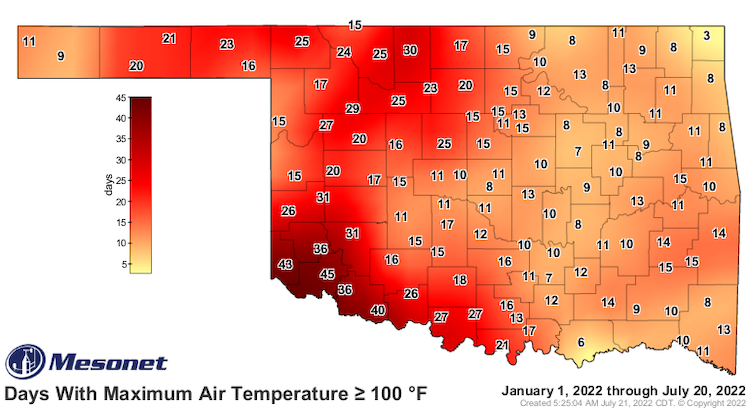