Drought Status Update for the Midwest and Missouri River Basin

Drought Has Recently Expanded and Intensified and Is Expected to Persist.

This drought status update is based on information provided during the October 20, 2022 North Central U.S. Climate and Drought Outlook Webinar. View the webinar for more details.

Current U.S. Drought Monitor map for the north central U.S. with data valid for October 18, 2022. The U.S. Drought Monitor (USDM) is updated each Thursday to show the location and intensity of drought across the country. Drought categories show experts’ assessments of conditions related to dryness and drought including observations of how much water is available in streams, lakes, and soils compared to usual for the same time of year.

Figure 8. Quantitative Precipitation Forecast for the next 7 days (October 25–November 1, 2022)

This drought status update is issued in partnership between the National Oceanic and Atmospheric Administration (NOAA) and the U.S. Department of Agriculture (USDA) to communicate a potential area of concern for drought expansion and/or development within the Midwest U.S. based on recent conditions and the upcoming forecast. NIDIS and its partners will issue future drought status updates as conditions evolve.﻿ 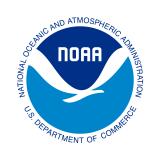 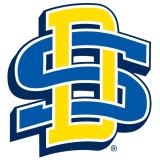