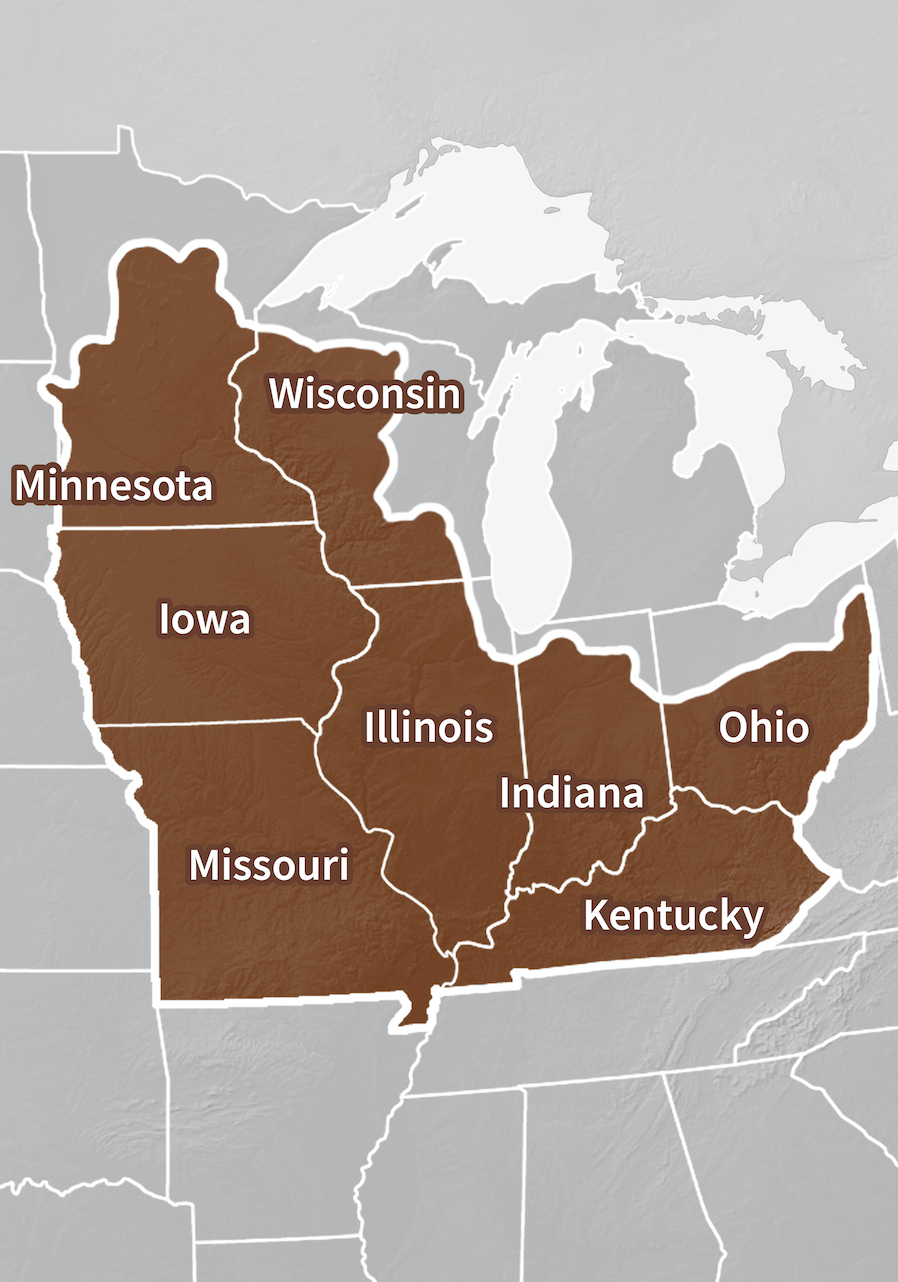 Precipitation extremes in the Midwest have a major impact on the region’s resources, economic sectors, and residents. Over the last century, precipitation trends in the Midwest have been moving towards wetter conditions and fewer droughts than the region experienced in the early 20th century. However, the Midwest has still felt adverse impacts during recent droughts, particularly in 1988 and 2012. These adverse impacts include limited barge transportation on major rivers (including the Mississippi River), decreased agricultural production, challenges for municipal water supply and quality, and reduced productivity for hydropower. An added challenge in recent years has been the tendency to transition from drought to flood and back to drought within short time spans, sometimes within a matter of months. NIDIS and its partners launched the Midwest DEWS in response to the 2012 drought, which highlighted the need for additional drought early warning and preparedness in the region.

END_OF_DOCUMENT_TOKEN_TO_BE_REPLACED

The following table highlights activities in the Midwest that are ongoing efforts related to drought, involve multiple partners, serve as a unique way to address regional drought needs, and are related to at least one of the components of drought early warning. Please contact Molly Woloszyn (molly.woloszyn@noaa.gov) for more information about the table or to inquire about getting an activity added to the list.

This project aims to build a predictive understanding of drought and to quantify the risk of droughts with certain characteristics in the lower and upper Mississippi and Ohio River basins. This…

This project produced decision calendars to inform users of where and when science can inform decision-making, and improve communication and usability of climate information. The project…

The Indiana State Climate Office is in the process of developing an enhanced flash drought risk tool that can be utilized by government agencies, communicators, and the public to monitor…

The Kentucky Climate Center/Kentucky Mesonet developed an interactive data visualization and analysis dashboard to enable users to better understand the nature, rate, and threat of drought…

When monitoring drought, it is important to look at data across the spectrum—from the atmosphere, land surface, and water availability below the surface. The list of data and maps below has been customized for the Midwest, and provides a snapshot of conditions across that spectrum, including precipitation and temperature departure data, evaporative demand, streamflow, soil moisture, groundwater, and various derived indices for monitoring drought in the region. Monitoring for the impact of drought is also important, and resources to submit conditions and/or impacts and view conditions are provided.

The Midwest Climate Watch is a resource for current climate information for the Midwestern region of the United States, produced by the Midwestern Regional Climate Center (MRCC).

The Midwest DEWS has a current project with the National Drought Mitigation Center to analyze drought mitigation and response actions in state and county plans across the region. Results of this project will be shared via this web page and the Midwest DEWS email list when they are available.

This tool, available as part of The Climate Toolbox, provides a table of future climate projections from an average of 20 global climate models under either high or low future greenhouse gas emissi

Are you interested in becoming a partner on the Midwest DEWS social media listserv to share drought-related posts about the Midwest? If so, please email Molly Woloszyn (molly.woloszyn@noaa.gov).

Research to better understand drought in the Midwest and its development, persistence, improvement, and interaction with other hazards is critical to providing timely and reliable information, products, and services in support of drought early warning. This page highlights research projects that are studying drought in the Midwest region, with support from NIDIS.