NIDIS and its partners have released this special edition Drought Status Update because of recent atmospheric rivers impacting parts of the western U.S. We will issue future regional updates as conditions evolve.

A Series of Atmospheric Rivers Have Hit Parts of the West. What Does This Mean for Drought?

The U.S. Drought Monitor (USDM) is updated each Thursday to show the location and intensity of drought across the country sing a five-category system, from Abnormally Dry (D0) conditions to Exceptional Drought (D4). Drought categories show experts’ assessments of conditions related to dryness and drought including observations of how much water is available in streams, lakes, and soils compared to usual for the same time of year.

This map shows drought conditions across the western contiguous United States as of January 17, 2023.

This U.S. Drought Monitor Change Map shows where drought and dryness have improved, remained the same, or worsened in the 4 weeks from December 20, 2022 to January 17, 2023. Learn more.

Classes Drought Has Degraded/Improved in the Last 4 Weeks

How much precipitation has fallen and where?

Overall snowpack is well above average in parts of the West, but it is very early in the water year. To begin to alleviate long-term hydrologic drought and contribute to spring and summer runoff, snow needs to continue to accumulate during the winter. Above-average precipitation over the next 3 to 5 years, combined with water conservation-focused resource management, would be needed to completely alleviate long-term hydrologic drought. 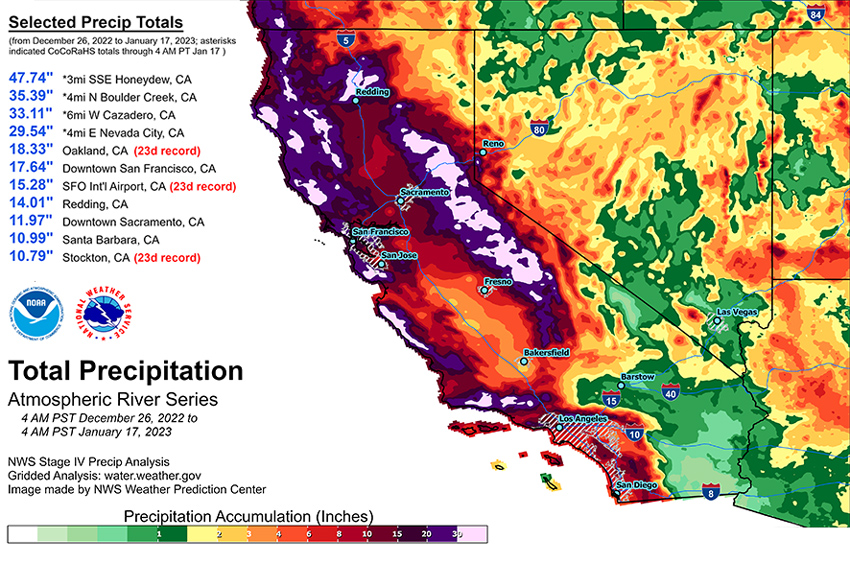 Precipitation Anomalies: Past 30 Days and Water Year to Date 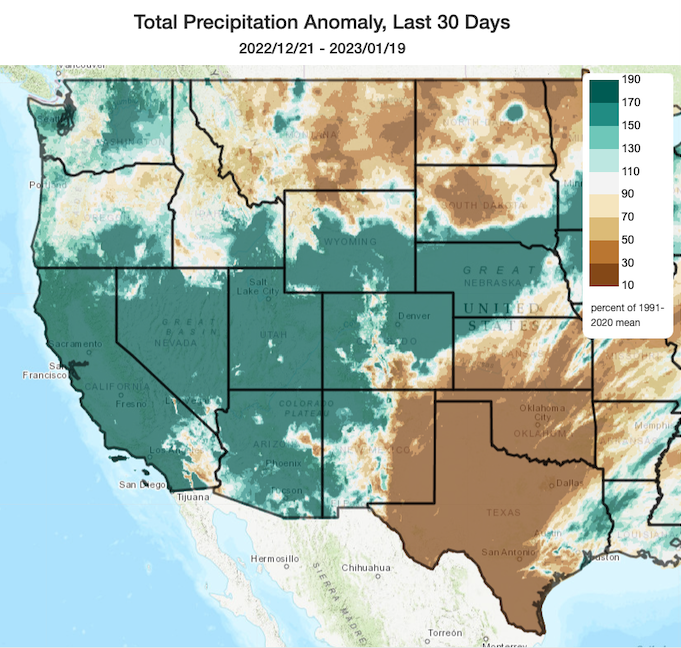 What does this mean for drought?

These AR events improved short-term drought conditions in California’s Central Valley, southern California, and the Sierra Nevada mountains. In the short term, the benefits from these extraordinary storms include ample snowpack, increased top level soil moisture, and filling of reservoirs. Despite the reduction in drought severity, the intensities and rapid pacing of the ARs caused flooding and led to road closures, dangerous travel conditions, debris flows, and evacuations.

Long-term drought conditions are still present as parts of the West have been in drought for more than 20 years. The impacts of long-term drought are often slow to build and recover, and can vary by location and type of drought. Severe hydrologic and ecological drought indicators—such as depleted groundwater aquifers and reservoirs and changes in the condition of plants (such as trees), ecosystem processes, and wildlife—can take months to years of normal to above-normal precipitation to recover. There is no universal drought-ending or recovery process.

While the recent ARs provide beneficial precipitation, groundwater levels across the western U.S. remain low. Storage in many reservoirs also remains low, especially Lakes Powell and Mead in the Upper and Lower Colorado River Basins, which are important for water supplies in southern Nevada, Arizona, and southern California. Reservoirs in eastern Oregon, southern Idaho, and eastern Idaho are much lower than typical for this time of year. In particular the upper Snake River basin (which contains more than 60% of the agricultural land in Idaho) is short of water, and it seems more likely than not that drought will continue for a third year in that basin.

Although short-term rain events replenish soil moisture near the surface, it can take months or years for that water to percolate into deep groundwater aquifers. Large precipitation deficits remain. In addition, whether precipitation arrives as rain or snow (due to temperature) influences how much water can be stored and then accessed during the coming dry season. Although evaporative demand (i.e., the thirst of the atmosphere) is lower during the cooler winter months, warm spells can start to dry out soils and evaporate water from reservoirs, streams, and the snowpack. Additionally, the effects of the recent drought are compounded by the impacts of warming and aridification that have occurred over the last decade and longer. Accordingly, the amount and type of precipitation that falls over the remainder of winter and spring will be very important to the occurrence and evaluation of long-term drought

Below, we explore reservoir storage across the region.

In California, the combination of snowpack and reservoir storage in the western Sierra Nevada is above normal for this time of year, and near the normal April 1 total.

In Washington, reservoir levels are near-normal. Snowpack is near-normal across most of the state with the exception of the Olympic Mountains and the northern Cascade Mountains, where it is lagging slightly below normal (81%–87% of normal).

In Idaho, the primary area of concern is the Snake River Reservoir System; the Upper Snake Reservoir storage is near record lows. The combined capacity of the reservoirs just exceeds 4 million acre-feet, which is slightly below the previous year.

In Nevada, the amount of water stored in lakes and reservoirs has increased appreciably since the beginning of the AR sequence. Lake Tahoe increased from very near the rim to almost 200,000 acre-feet above it, and Lahontan Reservoir storage increased by almost 50 million acre-feet.

In the Upper Colorado River Basin, the snowpack to this time of the season is very much above the 1990–2020 median, but there is still a lot of the season ahead of us. As of January 24, the Upper Colorado River Basin is at 146% of average SWE to this point of the season, but only 77% of the long-term median peak value, which usually happens around April 8. The above-normal snowpack is a cause for optimism as the spring melt will likely improve reservoir storage in the upper basin. Larger reservoirs, like Lake Powell, will need multiple above-normal seasons for meaningful improvement.

What is forecasted to happen next?

The NOAA Climate Prediction Center's 8–14 day outlooks indicate a slight tilt in the odds toward above-normal precipitation and below-normal temperatures for almost all of California and the western states. The Center for Western Weather and Water Extremes' Subseasonal Forecasts indicate greater than normal AR activity during the week of February 3–9, but the extent and storm track of these systems are still uncertain.

Given the recent precipitation and the short-range and long-range forecasts, the NOAA Seasonal Drought Outlook is showing drought removal in some parts of central and northern California, drought remaining but with improvement in other parts of northern California and central Oregon, and drought remaining but improving in Idaho. Drought persistence is expected for the remainder of southern California, Nevada, Utah, Colorado, and western and eastern Wyoming. Across all of the West, drought improvements or persistence will be dependent on precipitation and temperature patterns over the remainder of the winter.

There is concern about drought status in some areas of the Pacific Northwest, with drought remaining or worsening in central and southern Oregon.

This special edition Drought Status Update is issued with partners from across the Pacific Northwest, California-Nevada, and Intermountain West Drought Early Warning Systems to communicate the current state of drought conditions in the seven most western CONUS states based on recent conditions and the upcoming forecast. NIDIS and its partners will issue future drought updates as conditions evolve.﻿ 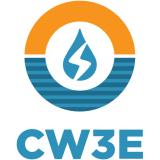 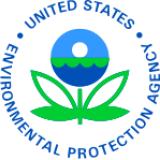 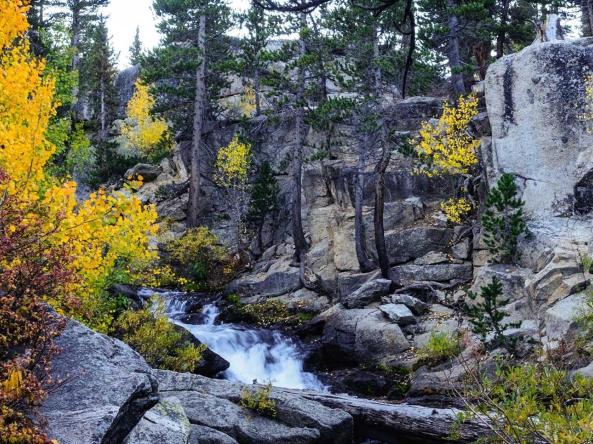